Art from the Swamp: How Washington Bureaucrats Squander Millions on Awful Art 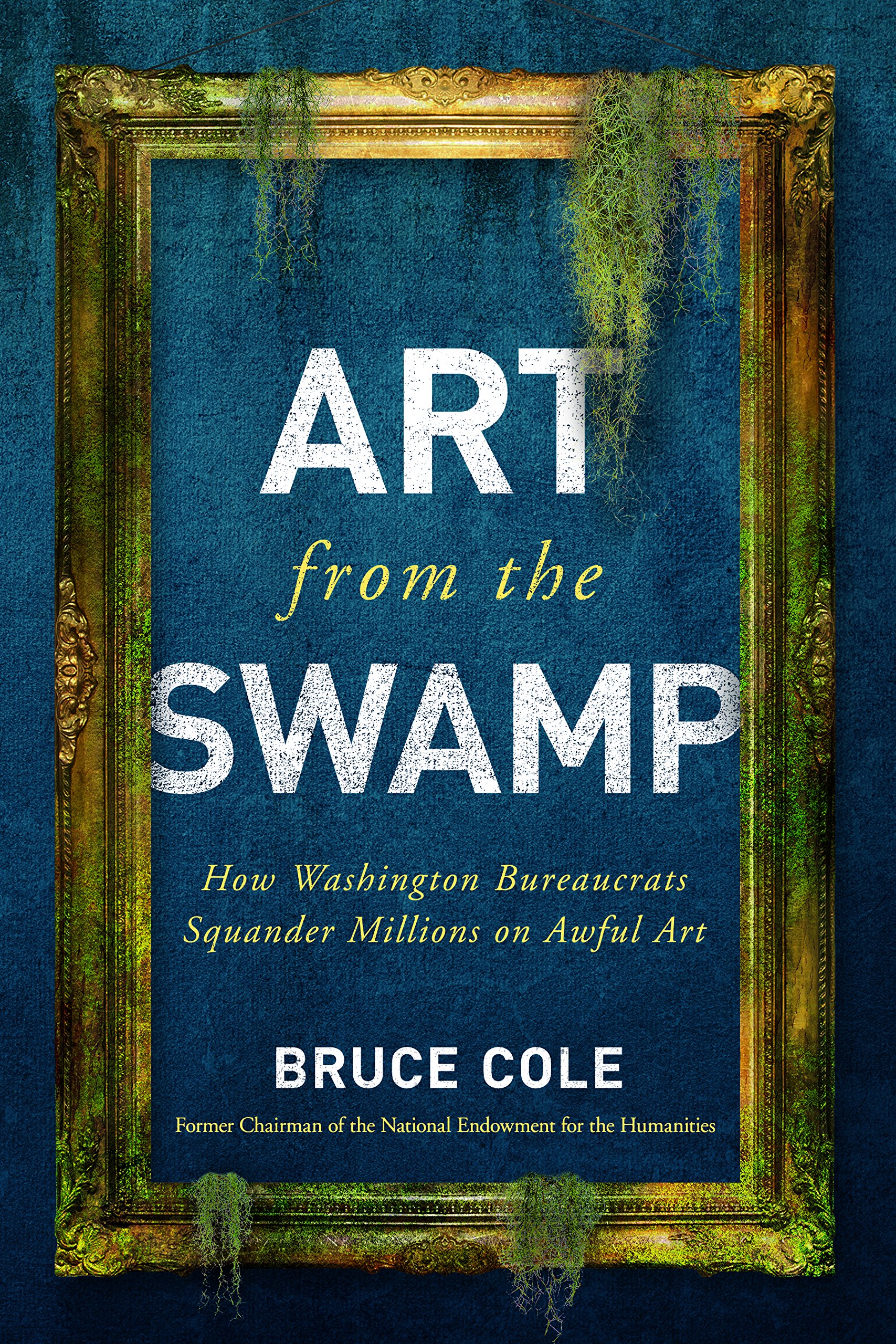 Few Americans are aware that Washington is the country’s largest single patron of art.

Every year a group of unelected federal bureaucrats and congressmen spends millions of taxpayer dollars on monuments, sculptures, buildings, plays, and exhibitions, largely without public knowledge or involvement.

Frank Gehry’s outlandish memorial to President Eisenhower, an installation that blinks quotes from Eleanor Roosevelt in Morse code at a cash-strapped Veterans Administration hospital, a giant $750,00 wood sculpture whose fumes sickened workers in an FBI building in Miami, FL, and funding for research on the visual cultures of tea consumption in Imperial India are just a few of the hundreds of unwanted and wasteful projects supported annually by the General Services Administration, the National Endowments for the Arts and Humanities, and their enablers on Capitol Hill.

In this book, Bruce Cole, the longest serving chairman of the National Endowment for the Humanities, exposes the programs and policies responsible for this glut of unsupervised bureaucratic pork and offers suggestions for their reform or elimination.