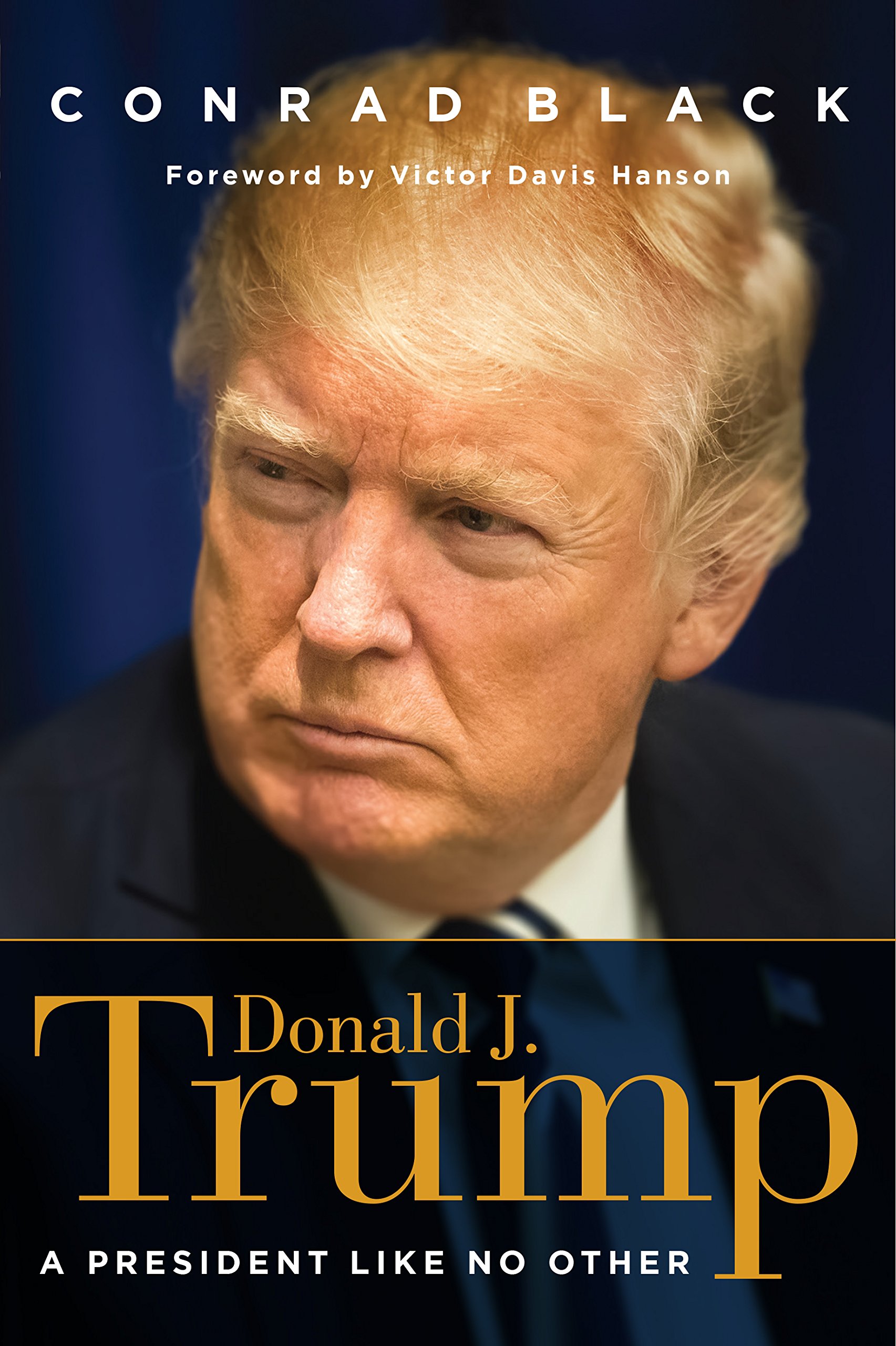 Donald J. Trump Is a President Like No Other…

Bestselling presidential historian Conrad Black (Franklin Delano Roosevelt: Champion of Freedom and Richard M. Nixon: A Life in Full) can vouch for that.

Black has negotiated with Trump in business; he knows him as a perceptive, thoughtful, and amusing friend; and, as a presidential biographer, Black can place Trump in historical context and much needed perspective.

The Trump he knows, and the Trump he portrays in his important new book Donald Trump: A President Like No Other is quite different from the media image of Trump.

Yes, says Black, Trump can be the consummate showman.

And yes, few would have pegged Trump as a future president. But, as Black points out, that ambition had been building for a long time. Trump diagnosed what America’s ruling elite, in its arrogance, had ignored for more than twenty years—that it had mismanaged America’s affairs for the benefit of the few, the well-connected, and privileged identity groups, and not for the American people as a whole.

Trump stormed into the White House with that great insight—that the self-serving, self-righteous governing class had hollowed out our economy and our culture; it was killing the American Dream.

Trump’s vow to make America great again was a sincere call for renewal. Amid the most hostile political climate since the Civil War, Trump has, against all odds, proved himself, by Black’s estimation, a successful, tenacious, and even visionary citizen-statesmen.

As Black points out, “Trump has relentlessly pursued sensible and humane conservative policies in almost all areas….His unquenchable energy, gifts as a popular tribune, sheer entertainment value, and raw toughness have served him well.” Under his leadership “America is reversing its decline…wrenching itself loose from the habits of lassitude, elitist decay, appeasement of foreign enemies, and domestic inertia. His record is impressive; his foibles are not durably relevant. Whatever happens, Donald Trump will be one of the most vividly remembered presidents and characters of American history.” Donald Trump: A President Like No Other is the essential book for understanding Trump the man and Trump the president.

Tags: Conrad Black, Donald J. Trump: A President Like No Other