Echo in Ramadi: The Firsthand Story of US Marines in Iraq’s Deadliest City 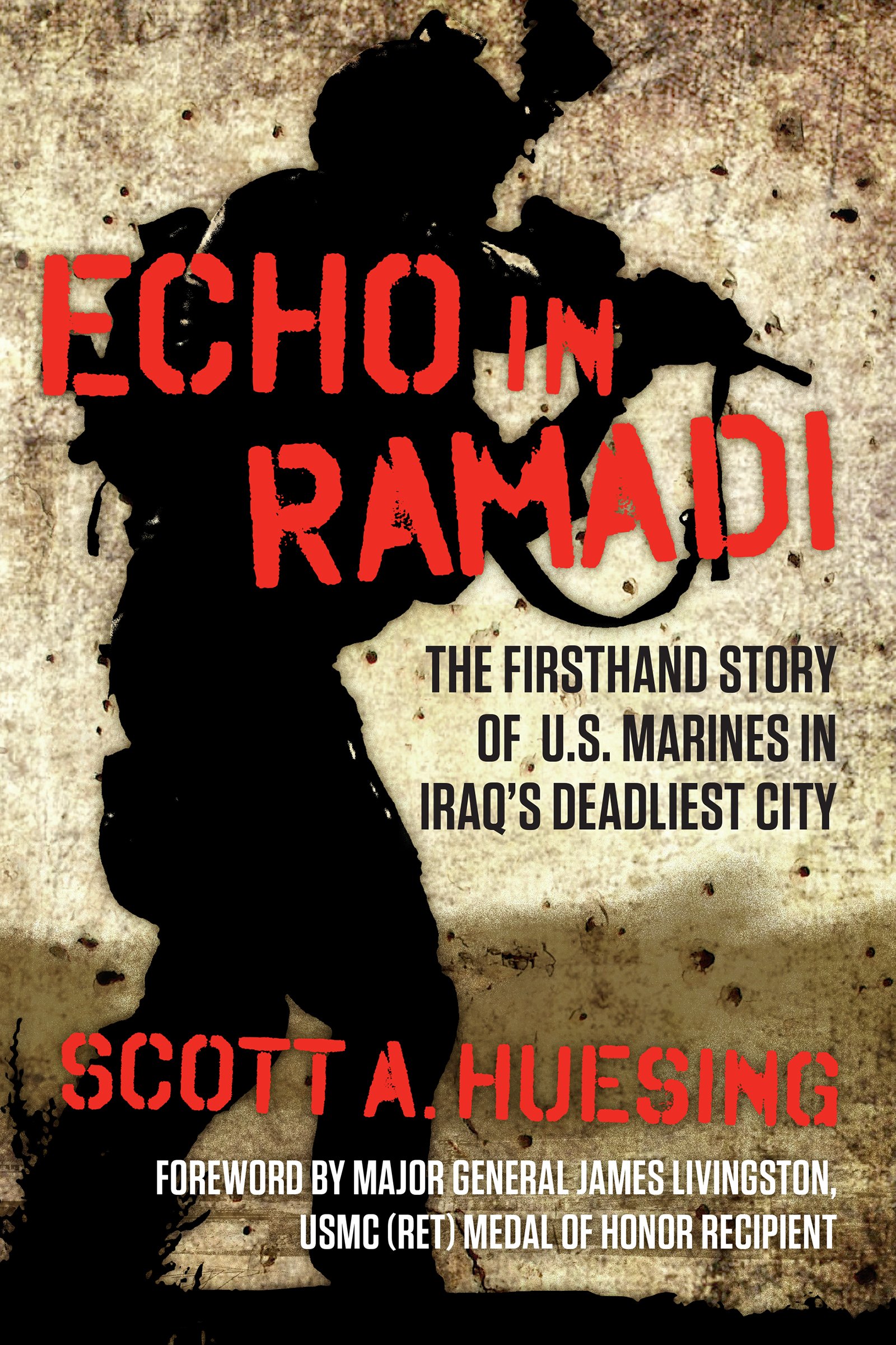 Listen to our podcast interview with Maj. Scott Huesing, author of Echo in Ramadi, HERE!

Echo in Ramadi is more than just a war memoir.  It is Maj. Scott Huesing’s tribute to the United States Marines whom he led and fought with, as a company commander, during the Iraq War.

Huesing leads from the front, often taking parts in raids with his Marines.  Unlike many so-called leaders, Scott Huesing is open about his mistakes. His Marines were brave enough to give him suggestions without fear of him ripping their collective heads off, yet they were disciplined enough to follow him into hell on earth.

Huesing is secure enough in his manhood to give credit to others such as his counterparts in the U.S. Army.  He also gives credit to his superiors who stood by him, and his Marines, when they had to engage in controversial operations that would have stirred up the media, such as returning fire on a mosque from where insurgents attacked his Marines.  It would have been easy for the leadership to worry about what the media would have said but instead leaders chose to risk their careers by standing by the Marines.

The most emotional parts of Echo in Ramadi are undoubtedly when Huesing calls or writes the family of his fallen Marines.  In the world of grief, those who suffer the most often give the most and the families of the fallen Marines are no exception.  They are not bitter or angry towards Huesing and the Marine Corps. The families instead are grateful for the Corps and how it transformed their children into men.  The families also want the Marines to win. The Gold Star families are forever proud of their Marines.

Huesing recognizes that Post Traumatic Stress (PTS) is real and that everyone has a breaking point.  Pointedly, Huesing leaves out the word “disorder” after Post Traumatic Stress as he believes that PTS is not a disorder but rather a natural reaction to the very unnatural exposure to combat.  Killing is not natural and he knows it. He also knows that to survive his Marines must be killers. This battle mentality is, as Huesing calls it, friction.

Further friction arises in that his Marines are not indiscriminate killers.  The Marines use necessary restraint, even when it endangers their lives. Huesing also points out the friction that existed in Iraq from not having more female interpreters. This constant friction does not always translate well in the civilian world.  Huesing recognizes his struggles upon returning to the United States with his need to have friction and later drowning it with alcohol. Thankfully, he gets better but some do not.

Part of Huesing’s leadership style is that he was a Mustang, an enlisted Marine who became an officer.  He understands the hardships of enlisted life; that they get paid the least, do most of the heavy lifting in combat, and are among the most heroic and least recognized.  Huesing gains their respect by leading from the front though he doesn’t lead in this manner to gain respect. He simply loves being a Marine company commander.

Echo in Ramadi is one of the better books to come out about the Iraq War.  This is not due to the intricacies of strategy or tactics, though both subjects are also touched upon in the book.  Echo in Ramadi is a book about heroism, sacrifice, and leadership.  Unlike many in leadership, Huesing is willing to listen to those under his stead and share in their burdens.   Huesing led his Marines then and he honors them still. Echo in Ramadi is a primer in real leadership at the company level and beyond.  All Americans would benefit by reading this good and very honest book.