Liars, Leakers, and Liberals: The Case Against the Anti-Trump Conspiracy 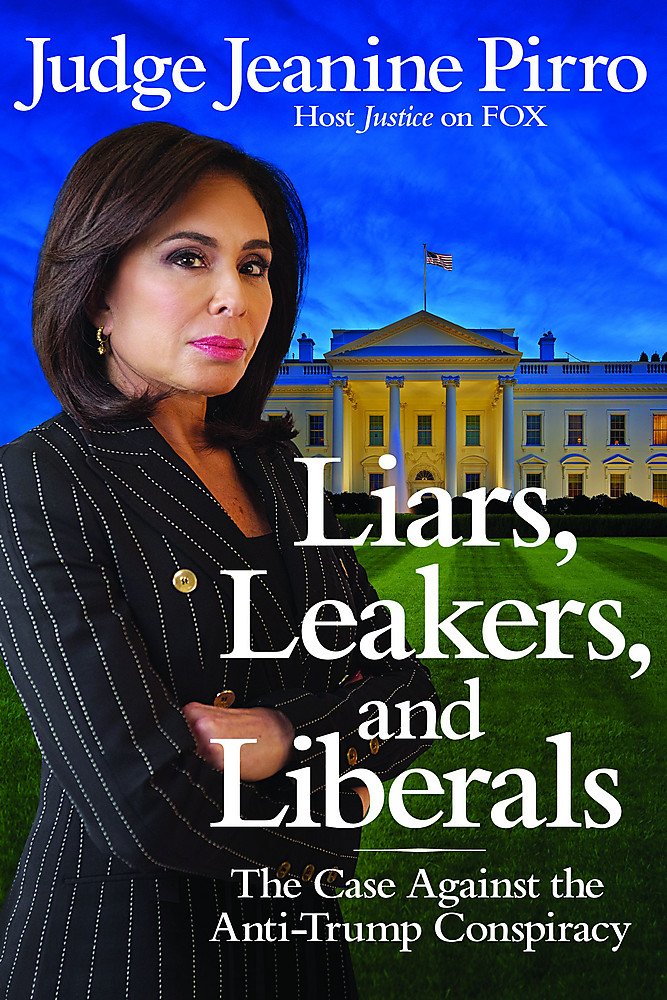 Judge Jeanine writes a firsthand account of the real Trump presidency – Liars, Leakers, and Liberals – based on her interviews with top administration officials, family members and insiders. This is the story the Fake News media doesn’t want you to hear!
At this point in American history, we are victims of a subterfuge and sabotage of the presidency that we’ve never witnessed before. Nevertheless President Trump continues to fight every day to keep his promise to Make America Great Again. Today that bold idea has already led to a conservative judge on the Supreme Court, tax reform, and deregulation that has unleashed an economy stronger than anyone could have imagined.
But there are dark forces that seek to obstruct and undermine the president, their ultimate goal to reverse the results of the 2016 presidential election. They are part of a wide-ranging conspiracy that would seem incredible if it weren’t being perpetrated openly, for all the world to see. Driven by unbridled ambition, blinded by greed, and bound by a common goal-to unseat the 45th President of the United States–this cabal is determined to maintain its hold on a power to which its members have no legitimate claim.
Using the same talents that made her a top prosecutor, Jeanine Pirro proves beyond a reasonable doubt in Liars, Leakers, and Liberals that a plot against the People of the United States exists and that the conspirators have the means and motive to destroy our democratic republic.
Pirro uncovers the elements of this conspiracy, including “fake news” propaganda, law enforcement corruption at the highest levels, and felonious national security leaks by members of the intelligence community. She exposes bureaucratic resistance to lawful and constitutional executive orders issued by the duly elected president and crooked deals with foreign governments by U.S. officials sworn to defend our Constitution.
It’s about time the American public knows the truth about the plot to bring down the Trump presidency. By the time you’ve finished Liars, Leakers, and Liberals, you’ll agree with Judge Pirro that the only way to stop these hoodlums is to Take Them Out in Cuffs!

Tags: Jeanine Pirro, Liars Leakers and Liberals: The Case Against the Anti-Trump Conspiracy