The Republican Workers Party: How the Trump Victory Drove Everyone Crazy, and Why It Was Just What We Needed 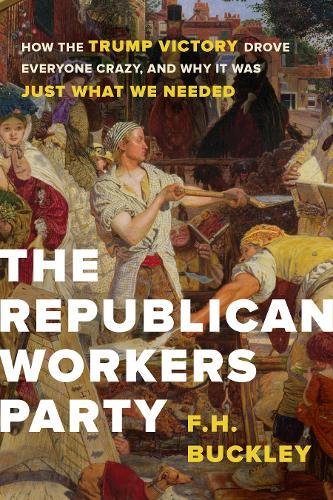 The book explains how and why Trump won the presidency, and how the socially conservative and economically liberal party he calls the “Republican Workers Party” is the future of American presidential politics.

The author describes how, as a Trump speechwriter and key transition advisor, he saw at first hand how the Make America Great Again theme was rooted in the ideas of nationalism and the restoration of the American Dream. This was a repudiation of the beliefs of a dominant New Class of American aristocrats who were internationalists and who had given up on the promise of economic mobility, on the idea that our children should have it better than we did.

They told us that they supported equality and mobility, but opposed all the things that might make us more equal and mobile: good schools, sensible immigration policies, regulatory reform. They are Bourbons who pretend to be Jacobins. Cruel hypocrites! If they plead their ignorance, their lack of self-awareness only makes it worse.

The book dissects the manner in which both Left and Right became indifferent to ordinary Americans, how the most generous people in the world came to be ruled by the most callous of political parties, and how after Trump’s victory we can never go back to how things used to be.

The book also explains, in detail, what the policies of the Republican Workers Party are and will be.