Conservative Book Club » History » The General and the Genius: Groves and Oppenheimer — The Unlikely Partnership that Built the Atom Bomb

The General and the Genius: Groves and Oppenheimer — The Unlikely Partnership that Built the Atom Bomb 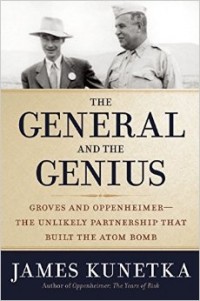 By examining the Manhattan Project through the lens of the relationship between the head of the Los Alamos laboratory, Dr. Robert Oppenheimer, and the project’s overall director, Major General Leslie Groves, James Kunetka’s new book The General and the Genius provides an engaging and accessible look at the development of the first atomic weapons in New Mexico.

While neither Oppenheimer nor Groves were the first choice for their respective positions, the two men forged an immensely productive partnership that should serve as a model for civilian-military working relationships.  Kunetka’s lively account also features cameo appearances by a who’s who of 20th century physicists, including Albert Einstein, Leo Szilard, and Edward Teller.

Kunetka’s book also conveys complex scientific concepts—and their bureaucratic and political implications—in plain English. However, while the book adeptly dissects Oppenheimer’s ties to Communist Party members and the post-war consequences visited upon him for these relationships, Kunetka glosses over the infiltration of Los Alamos by at least three Soviet spies and does not fully address the causes and consequences of this egregious security breach.

That said, The General and the Genius would make a worthy addition to the bookshelves of anyone interested in the men behind the U.S. nuclear-deterrent force that ended the last war and has thus far prevented the next one.

After initially selecting an Army colonel who proved inadequate to the task of running the project, high-level civilian officials in the defense establishment prodded Gen. George Marshall to appoint then-Colonel Leslie Groves to head what eventually became known as the “Manhattan Engineering District.”  Groves was quickly promoted to general and set about the monumental project-management task of building, in as much secrecy as possible, three major sites—at Oak Ridge, Tennessee, Hanford, Washington and Los Alamos—and recruiting hundreds of engineers, scientists, military personnel and support staff.  Kunetka’s focus, however, is almost exclusively on Los Alamos.  While this is not a deficiency as such, this authorial choice results in the reader receiving an incomplete picture of the massive task before Groves.

Groves’s most consequential decision was selecting who would manage the design and development of usable atomic weapons at the most important site—Los Alamos.  Dr. Robert Opppenheimer achieved remarkable success at an early age, receiving his doctorate at 23 and becoming one of the world’s leading theoretical physicists before the age of 30.  But he was not an obvious choice to lead the effort, and his name only emerged after several others had been considered and dismissed for various reasons.  Moreover, his ties to the Communist Party almost prevented him from getting the job. 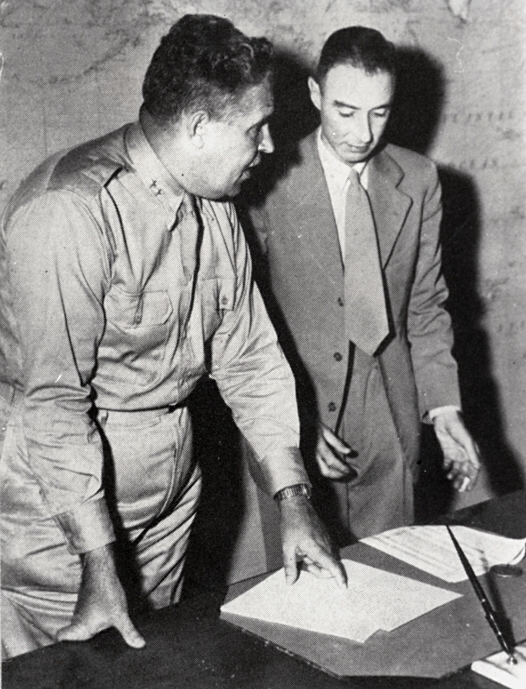 Once these issues were cleared up with federal investigators, Oppenheimer set about addressing the myriad challenges he would encounter and overcome in running Los Alamos.  First, the problem of recruitment had to be addressed.   Here, Kunetka sketches a lively account of Oppenheimer’s strenuous effort to recruit the best and the brightest to the barren landscape of the New Mexico desert to work on a project whose outcome was highly uncertain and that initially lacked even access to the most important components of an atomic weapon—uranium and plutonium.  Oppenheimer—a man with little to no actual managerial experience— also found himself having to resolve the mundane but essential chores of securing housing, food, water, and a vast array of scientific materials to get the facility up and running. Notwithstanding the importance of these efforts to the success of the project, the chapters on the construction of the Los Alamos facilities and the scientists’ inevitable complaints about their inadequacy are a bit of a slog, and Kunetka devotes too much time to them at the expense of other, more intriguing matters.

One topic that Kunetka provides precisely the proper amount of information on, however, is the science and engineering challenges confronting Oppenheimer’s team.  Everything was new.  And every decision could potentially waste precious time and delay the winning of the war.  Here again, Groves’ influence was key.  Perhaps his most significant contribution to the management of the program was insisting on a multi-track approach to solving problems, which led to the testing of both uranium and plutonium and the testing of both the implosion method of Fat Man and the “gun” design of Little Boy.

Oppenheimer, to his credit, was always cooperative and never attempted to assert his intellectual superiority in the field over Groves.  Sometimes, though, it was Oppenheimer who won out.  For example, Groves strongly resisted instituting colloquiums where scientists could freely exchange ideas and opinions, believing instead in strict compartmentalization practiced at most of the other Manhattan Project sites.  Oppenheimer fought him on this issue, eventually winning the day.  Whether that arrangement ultimately did more harm than good with regard to the Soviet spying efforts at Los Alamos is largely left unaddressed by the author.

The bleak, though occasionally breathtaking, vistas of Los Alamos inevitably gave rise to cabin fever among a scientific community unused to security restrictions, poor food, and the absence of urban amenities.  Relief, as it so often does, came in the form of a lively after-hours party scene.  Kunetka relates how punch bowls at parties were often spiked with (watered down) 200-proof (100%) alcohol swiped from laboratories.

Kunetka’s final chapters walk the reader through the frenetic pace of the work conducted in the spring and summer of 1945.  The lack of an adequate supply of fissile material persisted almost until the end.  Moreover, coordinating the simultaneous explosions that would trigger the plutonium at the heart of Fat Man proved an engineering challenge of the first order and was also not solved until very late in the process.  Elsewhere, specially constructed B-29s airplanes that would deliver the bombs initially did not work as advertised.  All this took a serious toll on Oppenheimer’s health, and Groves’s encouragement was crucial in keeping him focused on the mission.

After the atomic bombings brought Japan to heel, Oppenheimer and Groves faced both celebrity and professional disappointment in the post-war world.  Kunetka details their travails sensitively, describing the brutal meeting in which Gen. Eisenhower denied Groves his third star, leading him to retire on the spot.  Oppenheimer faced far greater challenges, as his earlier communist ties resulted in his being stripped of his security clearance at what amounted to little more than a show trial before the Atomic Energy Commission.  In later years, though, his reputation was restored.

Kunetka also lays out how the Manhattan Project was the birth of federally funded “Big Science”. This model persists today and delivers diminishing returns in agencies such as NASA and the countless bodies involved in combating “climate change.”  However, these insights made in hindsight cannot diminish the work of the general and the genius, work that averted an invasion of Japan and saved countless American and Japanese lives.

Original CBC review by Christopher M. Griffith. Griffith spent more than seven years working on Iraq policy for the U.S. government, including about 30 months in country serving with the State Department.  He currently works for Afghanistan’s leading anti-corruption organization, the Independent Joint Anti-Corruption Monitoring and Evaluation Committee, and serves as an advisor to Mantid International, LLC, a global consulting firm that is active in Iraq.