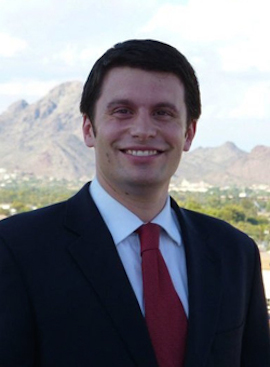 For the past 19 years, DeRose has served as a political strategist for candidates up and down the ballot and across five different states. Recent highlights include serving as Director of Election Day Operations for the former Governor of Virginia and as campaign manager for a U.S. Congressman from Wisconsin.

A graduate of Pepperdine University School of Law, DeRose is currently a Visiting Assistant Professor of Law at Arizona Summit Law School, where he teaching Constitutional Law, International Law, and Election Law/Voting Rights. Previous to that he was in private practice.

A resident of Phoenix, DeRose volunteers locally on a number of boards and commissions, including that of Phoenix Collegiate Academy, an inner city charter school delivering the dream of a college education to a 99% Title I student body. He is the incoming Chairman of the Board of Scholarly Advisors for President Lincoln’s Cottage in Washington DC, and is a member in good standing of the Abraham Lincoln Association.