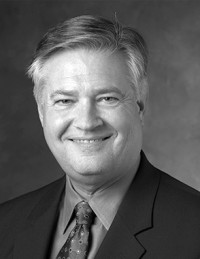 David Davenport is a research fellow specializing in international law and treaties, constitutional federalism, and American politics and law.

Davenport is the former president of Pepperdine University (1985–2000). Under his leadership, the university experienced significant growth in quality and reputation. Davenport cofounded Common Sense California and the Davenport Institute for Public Engagement and Civic Leadership. He also served on the board of California Forward, a major bipartisan reform group, and was a member of Governor Schwarzenegger’s California Performance Review Commission. Davenport is a member of two corporate boards as well. He is also a visiting fellow at the Ashbrook Center (2016).

His work on policy appears in a number of places, including a regular column in Forbes.com and regular radio commentaries on the Salem Radio Network and Townhall.com.

He recently coauthored the book The New Deal and Modern American Conservatism, which explains how the New Deal of the 1930s established the framework for today’s US domestic policy and the ongoing debate between progressives and conservatives.

Davenport has also contributed chapters to Hoover books on values in a free society and legal threats to American values and has authored articles in Policy Review on “The New Diplomacy” and “The Politics of Literacy.” Davenport is a popular public speaker, having served for several years as a world affairs lecturer for Crystal Cruises.

Davenport earned a BA with distinction in international relations from Stanford University and a JD from the University of Kansas School of Law, where he was elected to Order of the Coif and earned national and international awards in moot court competitions.