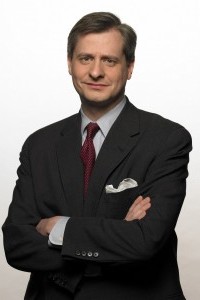 A member of the Council on Foreign Relations and of the executive board of the Society of American Historians, Meacham is a regular guest on “Morning Joe” and also occasionally appears on “Meet the Press,” “Charlie Rose,” and other broadcasts. He is editor-at-large of WNET Public Media, New York’s public television station.

After serving as Managing Editor of Newsweek for eight years, Meacham was responsible for all day-to-day editorial operations of the magazine as Editor from 2006 to 2010. He is a former editor of The Washington Monthly and began his career at The Chattanooga Times.

Meacham is a communicant of St. Thomas Church Fifth Avenue, where he has served on the Vestry of the 180 year-old Episcopal parish. He is a former member of the Board of Trustees and of the Board of Regents of The University of the South, and currently a Distinguished Visiting Professor at Vanderbilt University. Meacham also serves on the Vestry of Trinity Church Wall Street and the Leadership Council of the Harvard Divinity School. A member of the Council on Foreign Relations, he received an honorary Doctor of Humane Letters degree from the Berkeley Divinity School at Yale University in 2005 and also holds five other honorary doctorates.

He lives in Nashville and in Sewanee with his wife and children.