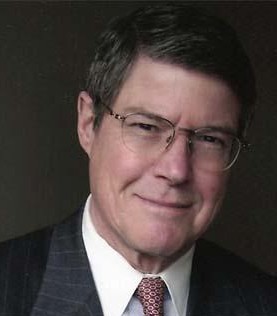 A journalist for more than 30 years, 25 of them in Washington, Morton Kondracke has covered nearly every phase of American politics and foreign policy, and has done so in newspapers and magazines, on TV and radio.

As a regular since 1982 on “The McLaughlin Group”, the nation’s most raucous, penetrating and highly-rated public affairs show, seen on 350 stations nationwide, Kondracke has become a public icon for his role as one of the show’s combative and outspoken panelists.

He can also be seen regularly as a commentator on the Fox News Channel and as host of the PBS documentary series “National Desk”. From 1984-1988 he was a frequent panelist on “This Week with David Brinkley”, and has also appeared as a panelist on “Meet the Press”, “Crossfire”, “The NewsHour with Jim Lehrer” and “Voice of America”. Since 1991 he has served as executive editor of “Roll Call”, Capitol Hill’s feisty independent newspaper. Roll Call carries as one of its features “Pennsylvania Avenue,” Kondracke’s twice-weekly column on national politics, White House-Congressional relations, and domestic and foreign policy. The column is syndicated nationally to 400 newspapers.

Kondracke’s political writings have gained a wide following based on the articles he has penned for such publications as “The New York Times”, “The Economist”, “Washingtonian”, “The Weekly Standard”, and “The Wall Street Journal”. His political commentary could also be heard over the airwaves during the ten years he was a commentator for National Public Radio.

Kondracke enjoyed a long career with “The New Republic” as both an executive and senior editor. His articles and editorials on foreign and domestic affairs, as well as his “White House Watch” column, drew considerable praise and notice. He began his career as a correspondent for “The Chicago Sun-Times” in 1963. During his 15-year career there, he manned the Washington Bureau and served as White House Correspondent.

Outside of his work as a journalist, Kondracke sits on the board of the Parkinson’s Action Network and of Freedom House. He is a member of the Council on Foreign Relations and the International Institute for Strategic Studies.