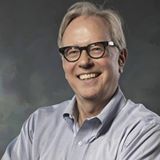 Tim Raglin was born and raised in Independence, Kansas, where he lives today. Starting at age eight, he received private art instruction and quickly developed a fascination for illustrative art that continues to this day. He earned a degree from Washington University’s School of Fine Arts in St. Louis and immediately launched into the world of freelance illustration, first in St. Louis, and then for many years in New York, working for major magazines and advertising agencies.

Raglin also began illustrating children’s picturebooks, the most popular being Deputy Dan (Random House) and The Five Funny Frights series (Scholastic). These two series have to date sold over two million copies. He also created a series of greeting cards for Sunrise Publications that are still in print after 20+ years.

In the 1980’s, Tim became involved with Rabbit Ears Productions, a children’s video company. He illustrated several of Rudyard Kipling’s Just So Stories for Rabbit Ears, including the Grammy Award-winning The Elephant’s Child, narrated by Jack Nicholson. Tim then realized a longtime dream by illustrating and directing his own version of Pecos Bill for Rabbit Ears. Narrated by Robin Williams. this video also won a Grammy Award for Best Children’s Recording, as well as a Parent’s Choice Classic Award. Tim directed several other award-winning videos and served as a Creative Director for the company until 1991, writing scripts and working closely with numerous top illustrators.

Raglin has since then illustrated a number of children’s picturebooks, including The Thirteen Days of Halloween (Scholastic), The Wolf Who Cried Boy (Putnam), Twelfth Night (Dial), Go Track a Yak!(Simon and Schuster), Bill In a China Shop (Bloomsbury), Cowboy Jose (Putnam), Dinner in the Lion’s Den (Putnam) and The Sheep in Wolf’s Clothing (Lion Hudson).. He also produced a series of illustrations for the Disney Cruise Line, entitled A Nautical Alphabet.

But his chief focus has been as the publisher of several of his own picturebooks, including Uncle Mugsy and the Terrible Twins of Christmas, Yankee Doodle Mugsy and The Birthday ABC, which was chosen as an American Library Association “Pick of the List” in 1995. These titles were written in comic verse by best-selling author Eric Metaxas. Raglin is currently working on several new picturebooks which he plans to publish under his own imprint. The Curse of Catunkhamun is the first of these, and a sequel, Footsteps in Katmandudu, is currently in production.

Raglin’s Uncle Mugsy illustrations received a Silver Medal from the New York Society of Illustrators.Uncle Mugsy, The Birthday ABC, Bill In a China Shop, Yankee Doodle Mugsy and The Curse of Catunkhamun were chosen to appear in “The Original Art Show: The Best in Children’s Books”. The Wolf Who Cried Boy received a Reader’s Choice Award, and Twelfth Night and Bill In a China Shopreceived Parent’s Choice Awards. The Curse of Catunkhamun was chosen as a “Notable Kansas Book” by the State Library.