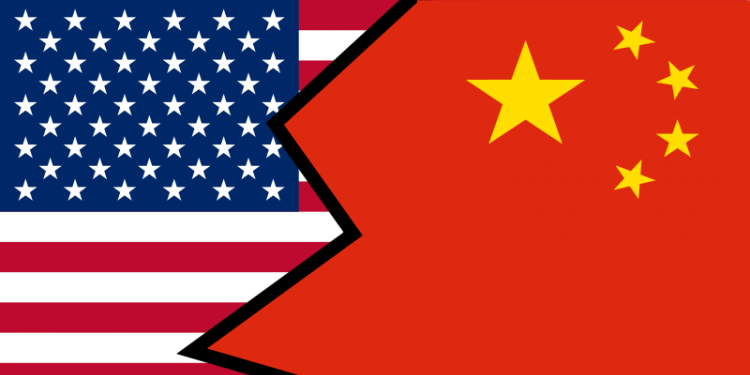 In an issue that gets little attention these days, we sat down with Dr. Michael Pillsbury, author of The Hundred Year Marathon: China’s Secret Strategy to Replace America as the Global Superpower, to discuss his new book and if China has really surpassed the US as the world’s superpower.  Dr. Pillsbury is an expert on US-China relations  and was previously the Assistant Under Secretary of Defense for Policy Planning in the Reagan administration responsible for implementation of the program of covert aid known as the “Reagan Doctrine.”

Q: Congratulations Dr. Pillsbury on your new book, The Hundred Year Marathon: China’s Secret Strategy to Replace America as the Global Superpower!  You were once one of the strongest advocates inside the U.S. government for closer ties with China.  Why have you changed your views so drastically about the threat the nation poses?

I changed my views because the reality is that China was not developing into a peaceful partner according to our wishful thinking.  My book outlines five assumptions that experts in the U.S. had about China going back to the 1980s. All of them proved to be overly optimistic and wrong.  As I also note, President Reagan warned about this back then.

Most Americans have no idea that Beijing has had a decades long strategy to take advantage of our expertise, technology, and good will to overtake us.  It breaks my heart every time I hear conservatives talk about the coming collapse of China when in fact China grew three times faster last year and some years as much as six times faster than us.

Q: You’ve discovered some fascinating things about what official Chinese textbooks teach about American history. What did you find most surprising?

The most surprising is the gap between how the Chinese leadership portrays themselves in propaganda to the West, as compliant friends and partners, while at home approving textbooks that claim Americans are brutal barbarians that have been stopping China’s rise for 150 years.

Probably the weirdest discovery is how the Chinese portray Abraham Lincoln as an evil mastermind against them.  Of course, Lincoln had a few more pressing concerns during his administration than keeping China down.

Q: How has the Obama administration performed on China?  And what should the next president do about it?

President Obama has slowly been waking up to China’s ambitions. However, China has not been a high priority for him. None of his senior staff speak Chinese or are considered to be experienced dealing with China.

A new president will have to take stock of our wishful assumptions and design a whole new approach for dealing with the China that’s about to surpass us.

Q: Why do we resist discussing China as a Communist power?

Because we’ve been seduced into believing China’s claims that they are pursuing something akin to a free market economy.  It’s not true.  Roughly half of the economy is still state-controlled, as are China’s largest companies.