The Return of Dinesh D’Souza 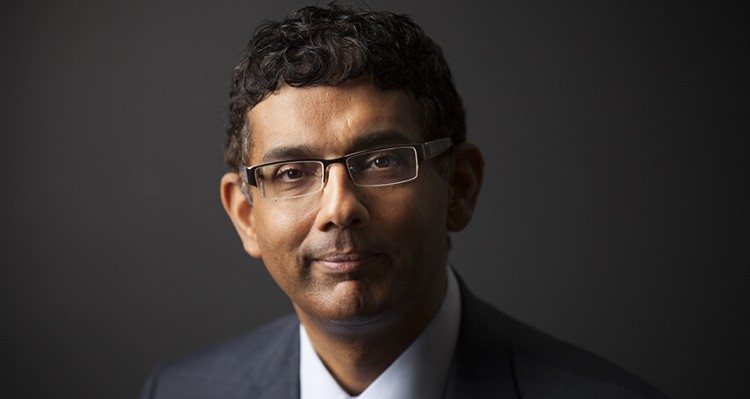 WASHINGTON, DC – Considered down and out after his eight-month stint in a confinement center for an illegal political contribution felony conviction, Dinesh D’Souza – the successful author and documentarian of 2016: Obama’s America, bounces back in the limelight with his new book, Stealing America: What My Experience With Criminal Gangs Taught Me About Obama, Hillary, and the Democratic Party.  The book has been on the Conservative Bestseller List for four weeks after its release last month.

The book is about his experiences in the detention center where he was required to report to every evening for eight months.  He details getting to know gang members and muggers in jail, and how they’re not so much different from the Democratic Party.  He believes that the Democrats are engaging in generational theft that is bankrupting future generations with their reckless spending.

“Only D’Souza could make the best of his situation by documenting his time in a halfway house for felons, and then linking them to Democratic Party policies,” said Christopher Malagisi, Editor of the Conservative Book Club.  “People may forget that D’Souza’s 2016: Obama’s America was the second highest grossing documentary of all time and has published over a dozen books, and has picked up right where he left off with a new bestseller.”