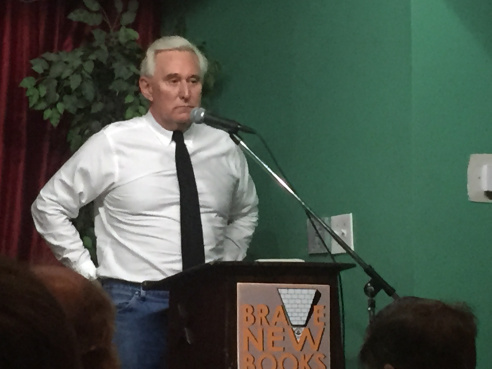 WASHINGTON, DC – In light of Hillary’s strong debate performance and Vice President Joe Biden deciding against a run for the Democrat presidential nomination, there is renewed interest in Bill and Hillary Clinton, as indicated by Roger Stone’s new book, The Clintons’ War on Women.  With Biden choosing not to enter the 2016 presidential race, the attention will again return to Hillary Clinton and her husband.

The book details President Clinton’s extra-marital activity and the lengths in which Bill and Hillary went to silence the women who made claims against President Clinton. It even has a forward from Kathleen Willey, one of President Clinton’s lesser-known purported victims. The new Clinton expose rounds out the Conservative Bestseller List at No. 10.

“Roger Stone, the outspoken veteran Republican strategist, sets out to remind a new generation of voters of the scandal-plagued Clinton years,” said Christopher Malagisi, Editor of the Conservative Book Club.