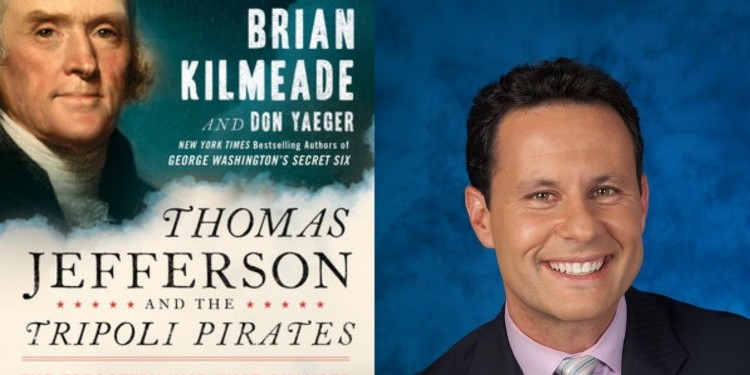 WASHINGTON, DC – With a new year comes a new No. 1 bestseller dethroning Bill O’Reilly’s record run at the top of the Conservative Bestseller List for Killing Reagan – the controversial book about the assassination attempt on President Reagan’s life and its aftermath.  Brian Kilmeade, the Fox News co-host and author of Thomas Jefferson and the Tripoli Pirates, finally surpassed O’Reilly after toiling at No. 2 for six straight weeks.

Thomas Jefferson and the Tripoli Pirates is a nonfiction history book about the Barbary Wars – America’s first war involving the Barbary Pirates, Radical Islamists, and Thomas Jefferson.  The book reads like a thriller novel and is the follow up offering to his 2014 bestseller, George Washington’s Secret Six: The Spy Ring That Saved the American Revolution.

“The new year has brought us a new No. 1 bestseller – the increasingly popular book from Brian Kilmeade’s take on America’s first war,” said Christopher N. Malagisi, Editor in Chief of the Conservative Book Club.  “While we are currently battling ISIS and Radical Islam around the world, Kilmeade’s book reminds us of America’s first War on Terror.”

New Release Features for This Week: