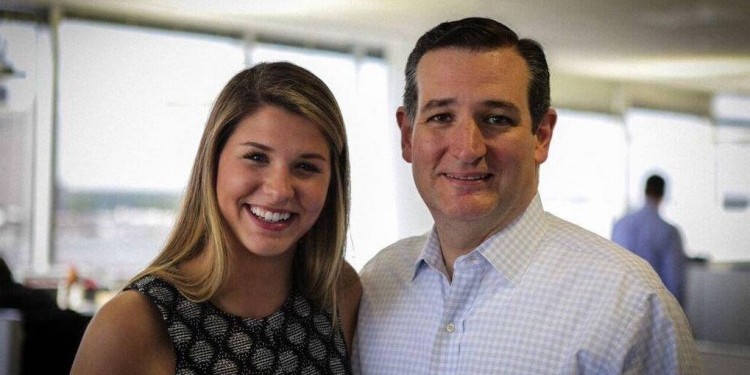 Did you know that Sen. Ted Cruz has won the youth vote in most states during the 2016 Republican presidential primary?  Or that he wins the youth vote by 14 points over Hillary Clinton in the general election – the first time in a generation that a Republican would beat the Democrat?  Meet the 19-year old who is leading up the national Millennials for Cruz effort – Alessandra (Alee) Gennarelli.

Congratulations Alee on being our Conservative Book Club “Member of the Week!” Tell us a little bit about yourself and the work you do on the Ted Cruz Presidential Campaign, and as National Co-Chair for Millennials for Ted Cruz.

I am honored to have been picked for this week’s “Member of the Week!” I am a sophomore at the University of Texas in Austin and have had the privilege, at 19 years old, to work full-time on Ted Cruz’s presidential campaign in the Houston Headquarters for the last year. Reporting to Dayna Cade, the campaign’s National Coalitions’ Director, I assist in managing our coalitions including Vets for Ted, African Americans for Ted, Homeschoolers for Cruz, Women for Cruz, Liberty Leaders for Cruz, Second Amendment Defenders for Ted, and Pro-Lifers for Cruz.

In addition, I am responsible for supervising Millennials for Cruz, the campaign’s outreach to undergraduate, graduate, and law school students who are interested in volunteering for the campaign. I recruit leadership and lead national efforts to develop campus involvement. We have seen an incredible response and many other student campaign leaders on teams such as Students for Rubio, Students for Jeb, and Students for Rand have joined our youth effort as well.

We have a strong set of Millennials for Cruz leaders who are devoted to conservative principles and electing Ted Cruz as the next President.  I truly look forward to working with each of them every day.

What got you interested in politics, and how did you land a job on Sen. Cruz’s presidential campaign? 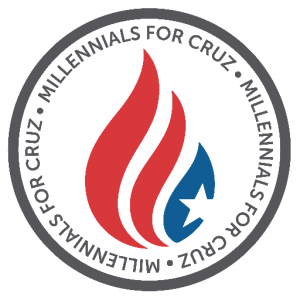 My family has always been interested in the political system, and my parents always made sure that I was aware of current events. I personally became interested in politics when I was a junior in high school and started researching national security, the national debt, and corruption in government. Towards the end of my senior year of high school, I began searching for internship opportunities. As my freshman year of college drew to a close, I was selected to work with Ted Cruz’s presidential campaign in Houston. Knowing how important this election was for the future of our country and my generation, I worked my hardest that summer.

When it was time for me to head back to college, Jeff Roe, the campaign manager, offered me the opportunity to stay on as a full time staffer. After a short time of consideration, consulting with my mentors, and praying about it, I decided to stay on the team and take my classes online!

This has been a once-in-a-lifetime, unimaginable experience. The things I have learned while working in this campaign are life lessons I will take with me for the rest of my adult life, and I am so thankful for the opportunity to work for the most qualified man in recent history to lead our country.

Sen. Cruz has done remarkably well with younger voters throughout the primary.  Why do you think that is, and what do you think the Republican Party could do to attract more students and young professionals to their side?

He has done well and it is very exciting! We have seen success with the youth vote in state after state, including Texas, Arkansas, Oklahoma, South Carolina, and Iowa, and in a recent poll published by Red Alert Politics, younger voters even choose Cruz over Hillary, a Republican over a Democrat – which is unheard of!

Younger voters are looking for someone who will inspire them and make them believe in this country, its promise, and what they as individuals can achieve. A steady hand guiding our destiny, based on strength, experience and intelligence is desperately needed.  Ted Cruz has proposed multiple plans that are appealing to younger voters, including a flat tax which will unleash booming economic growth, repealing Obamacare which hurts the millennial generation, and tackling our national debt with the Five for Freedom budget plan.

Voter turnout has increased in the majority of states that have voted already and with that, younger voters have had a higher turnout as well. Ted Cruz is inspiring the younger generation and it is evident. We are excited about where we will be able to go with Ted’s leadership and the incredible student leaders we have in our campaign.

The most influential book I have read that shaped me as a young conservative would be The Conscience of a Conservative by Barry Goldwater. It outlines the thoughts behind why conservative principles have worked, still work, and will always work. It also discusses the Republican Party’s faults and where government has gone wrong including taxes, education, and state’s rights.

It is incredible that this book was written in 1960 but still applies to today’s politics, and specifically this election cycle.  The Conscience of a Conservative has served as a reference point for me as I defend my political beliefs to those who maintain an opposite viewpoint. This is a great read and I highly recommend it.

Another conservative author who has influenced my worldview is Glenn Beck. The first book I read which he authored was titled Cowards.   It dives into deep issues in the modern political world and exposes the corruption on both the left and the right. It was one of the books that sparked my initial interest in politics. 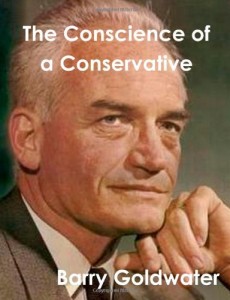