Member of the Week: Avi Snyder (The Claremont Institute) 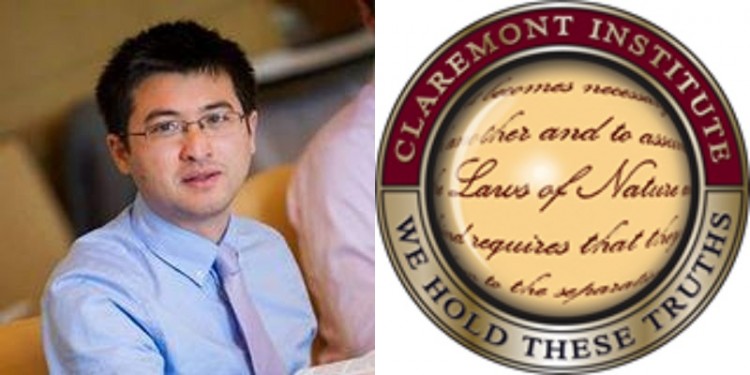 Congratulations Avi on being our Conservative Book Club “Member of the Week!” Tell us a little bit about yourself and the work you do as Director of Digital Communications at the Claremont Institute.

Thank you! It’s an honor to be chosen as the CBC Member of the Week!

The mission of The Claremont Institute is to reinvigorate the public mind by returning the principles of the American Founding to their preeminent place in public discourse. We seek to do this on multiple fronts. Claremont runs three separate Fellowship programs, which teach the principles of the founding to rising leaders in the conservative movement. Our Center for Constitutional Jurisprudence works in the courts to advocate for a proper understanding of the Constitution grounded in the natural law.

And, of course, we publish the Claremont Review of Books, which is simply one of the best conservative journals out there today. What ties all this work together is our commitment to ensuring that the practice of American government is grounded in the enduring truths of the founding. As the 2016 election season is teaching us, this kind of work is more important than ever.

My role in all of this is using digital media to ensure that Claremont’s message reaches the broader public. I manage our social media accounts and email programs, draft copy for our website, edit our podcasts, and try to make sure we are leveraging the digital resources at our disposal as best we can.

What got you interested in politics, and the work you currently do? 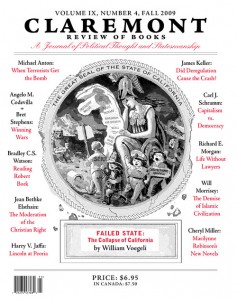 I’ve been interested in politics since I started high school. The 2004 election was the first presidential contest I really paid attention to, and I got hooked. I was pretty far to the Left back then; my dream was to move to a kibbutz in Israel and dwell in a socialist paradise. But the more I learned, the more I moved to the Right. I soon started identifying as a libertarian, and by 16, I thought of myself as a conservative. Around my senior year of high school, I discovered National Review, and it helped me flesh out my political thinking and got me engaging more seriously with the issues.

After interning at The Heritage Foundation while in college, I decided that I wanted to work in the conservative nonprofit world. When I graduated, I participated in the Koch Associate Program and got my first job in D.C. working at the American Council of Trustees and Alumni (ACTA). ACTA needed someone to build up their social media program, and I needed a job, so that’s the role I took on.

During the summer of 2014, I was chosen as a Claremont Publius Fellow and was introduced to the wonderful work Claremont does. A few months later, when they needed a digital media guy, I jumped at the opportunity.

There are so many of them! First on the list has to be Notes from Underground by Fyodor Dostoyevsky. Notes presents itself as the rambling, bitter memoirs of a retired Russian civil servant. But it’s really a polemic against the Enlightenment radicalism Dostoyevsky saw infecting Russia at the time. Before reading Notes, my conservatism was largely utilitarian. Dostoyevsky was the first to show me that the materialistic and technocratic impulses of progressivism are actually inimical to the human person. He helped me appreciate that, in its most radical forms, progressivism must ultimately make war on the human soul. And that realization opened me up to whole new ways of thinking.

On the policy side, Charles Murray’s Coming Apart was highly influential in my thinking about social issues. Edmund Burke, David Hume, Adam Smith, F.A. Hayek, and Michael Oakeshott were also big influences, as were contemporary writers like Yuval Levin and Andrew Sullivan, who helped me to understand those great thinkers.

Finally, as a “Claremonster,” I’d be remiss if I didn’t mention Harry Jaffa, who renewed in me an appreciation of the natural rights tradition of the founding and the importance of grounding politics in the facts of human nature. 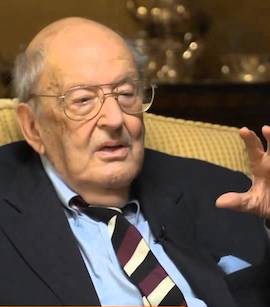