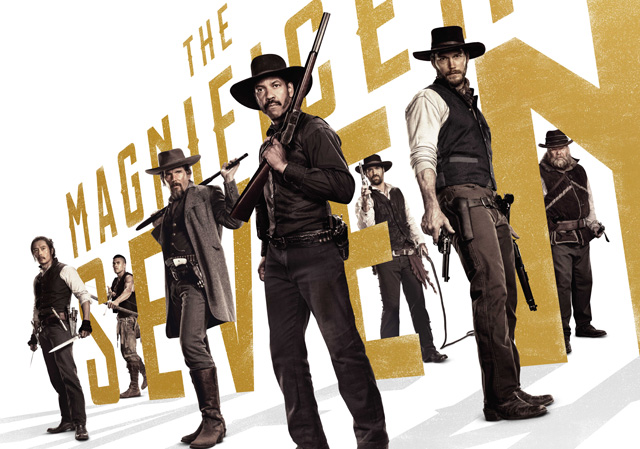 The producers behind the summer bomb Ghostbusters could have prevented a lot of heartburn by giving Antoine Fuqua a call years ago. The Magnificent Seven director knows how to take a beloved property and honor the source material while making something distinctly modern. His Western came in first place its opening weekend with a $35 million domestic haul — and deservedly so — because it hits all the right notes for 135 minutes.

The problem with reviewing The Magnificent Seven is that comparisons to Akira Kurosawa’s Seven Samurai (1954) and John Sturges’ MagnificentSeven (1960) almost seem obligatory. One could compare the star power of Denzel Washington and Chris Pratt to the likes of Yul Brynner, Steve McQueen, and Charles Bronson, but that would only be necessary if Fuqua dropped the ball. Given that he has provided moviegoers with perhaps his best work since 2001’s Training Day (which also featured Washington and Ethan Hawke), there is little need to focus on the past.

Millennials who are unfamiliar with Westerns might not know it, but The Magnificent Seven follows a predictable plot. A bad man (Peter Sarsgaard as Bartholomew Bogue) takes control of a town. The good citizens are at a loss as to what to do, but luckily a brave stranger (Washington as Chisolm) arrives and will fight on their behalf. The only real mystery is the number of men who will die in the crossfire by the time the credits roll.

The Magnificent Seven may be over two hours long, but it has no cinematic fat on it. It wastes no time introducing the unscrupulous post-Civil War businessman Bartholomew Bogue, offing the husband of frontierswoman Emma Cullen (Haley Bennett), and bringing in the bounty hunter Chisolm. All that is required from there is for Chisolm to gather his band of misfits and set the stage for a showdown.

First on the list of hired gunslingers is Chris Pratt, who plays gambler and drunkard Josh Faraday. Like Washington, his charm and charisma is on full display. The two men are eventually joined by “Angel of Death” Goodnight Robicheaux (Hawke), “The Mexican” Vasquez (Manuel Garcia-Rulfo), Native American Red Harvest (Martin Sensmeier), Indian scalper Jack Horne (Vincent D’Onofrio), and Lee Billy Rocks (Byung-hun). Perhaps the one thing that binds them is their embodiment of philosopher Eric Hoffer’s maxim, “We run fastest and farthest when we run from ourselves.”

“I seek righteousness, but I’ll take revenge,” Emma Cullen tells Chisolm early on in the film. She and every male protagonist seem to have ironically made deals with the devil to navigate a fallen world, only to realize that the price they paid was inner peace. They are haunted by nightmares and spirits, drink to escape the pain, and seemingly yearn for death. Even Chisolm fights to settle a personal vendetta instead of simply doing the right thing. In short, the 50-year-old’s film is the work of a man whose cinematic tastes were developed in the late 70s and 80s.

Fittingly, the screenplay for The Magnificent Seven also seems to be a throwback to an age where political correctness didn’t run amok. White men make fun of Mexicans and vice versa. White men make fun of Native Americans and vice versa. Intoxicated men make sexual jokes without fear of reprisal. In the hands of a younger director, it’s sadly not hard to imagine the movie being devoid of the very jokes that forge a bond of friendship between the characters prior to battle.

If you’re looking for a movie with solid acting, side-saddle shooting, gorgeous landscapes made an IMAX theater, and a climax that does the Western genre proud, then you’re in luck. The Magnificent Seven may not wind up preserved in the United States National Film Registry by the Library of Congress like the original, but it is certainly worth your time.