What’s The Matter With California? 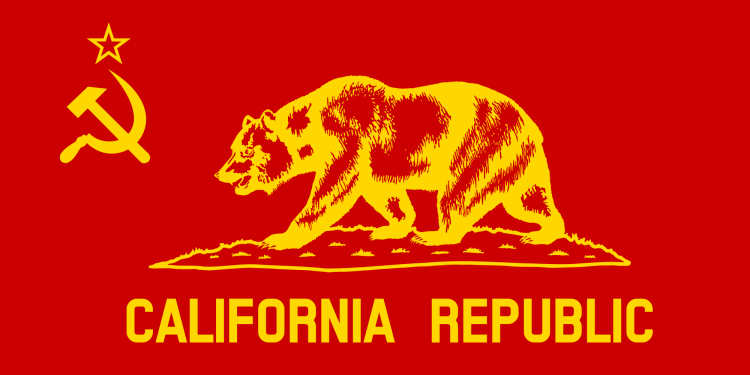 Congratulations to Jim Lacy and Katy Grimes on their new book California’s War Against Donald Trump: Who Wins, Who Loses? We asked Grimes some questions about the book, and California’s long-time political problems. Read the interview below for more!

What is the underlying problem with California — why can’t it get its act together?

California’s coastal and political elites make laws and set rules for others but exempt themselves. They celebrate rampant lawlessness from illegal aliens, which they see as future progressive voters. In California, the middle class has become an endangered species, vanishing due to the bad schools, unassimilated immigrants, costly entitlement programs, dangerous ‘no-go’ neighborhoods dominated by violent gangs, a serious government-created upsurge in crime, and staggering poverty — all the consequences of the state’s own policies, set by the progressive elites.

What are two or three solutions you believe that would most help California?

Immigrants must assimilate into California’s culture, which is most cases, is far better than what they fled. And the coastal and political elites need to delve into 1950’s – 1960’s California and study how good state government was then, and why. If not, Californians will never again have affordable water, electricity, or housing; safe freeways, roads, levees and dams; or healthy, vibrant schools.

What inspired you to write this book?

I am a California native, and Jim Lacy is a long-time resident of the state. We love California and have no plans to leave. However, the Golden State, which once was the beacon of opportunity, now has the highest poverty rate in the nation, and is home to one-third of the nation’s welfare recipients.

California, which once was known for its remarkable public school system, now has one of the worst school systems in the nation: abysmally low reading and math test results, a high dropout rate and the highest number of pupils per teacher in the country..

Yet with all its problems, California’s liberal leaders have decided that rather than working on fixing their own state, it is more important to grandstand politically, and declare war on Donald Trump and his policies.

Tell us more about you.  What is your personal and professional background?

I am a longtime credentialed political investigative journalist, covering the California state legislature and the governor’s office, state agencies, and the regulations and policies imposed on California businesses and residents.

Much of my interest in California business is first hand… I worked for 20 years as a labor law specialist and Human Resources Director for my husband’s large commercial manufacturing business. He closed his 40-year business in 2010, largely due to harsh state-imposed labor laws, excessively high taxes and oppressive regulations, no longer able to compete with businesses in less regulated, lower tax states. From 2001-2013, California lost more than 700,000 manufacturing jobs.

I’m a proud Navy mom; my son is a United States Naval Academy graduate, now a Lieutenant in the US Navy. I’m an everyday gourmet cook, a gardener, a runner and power walker, and have two dogs – a German Shepherd and an Australian Shepherd.

And, most importantly, I don’t want to leave my beautiful native state.