The Secret Behind America’s Economic Success 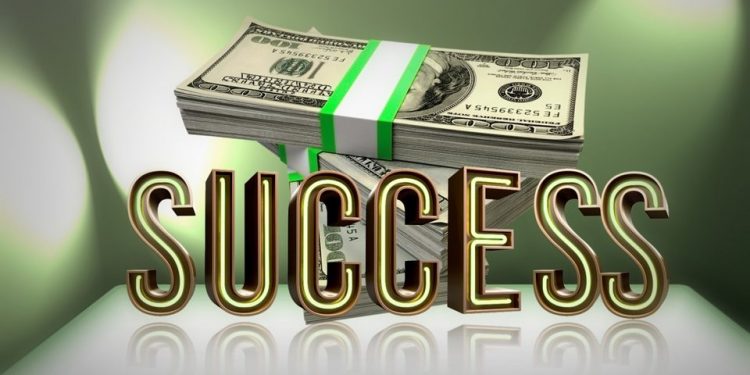 No country in history has ever offered so much opportunity and prosperity to its citizens as the United States of America. From the days of frontier settlers to the heyday of industry, from Wall Street to the World Wide Web, Americans have always had ways to achieve economic success.

What’s our country’s secret? Economist Dr. Robert Genetski tells all in his new book Rich Nation/Poor Nation, which details how government policy can determine whether your country will be great like America or mired in poverty. Read our author interview below to learn the secrets to success!

Congratulations Robert Genetski on your new book, Rich Nation/Poor Nation (RNPN)!  We’re excited to let our members know about it.  Tell us about your new book.

RNPN will help you to determine whether government policies are going to produce more prosperity or more poverty.  This is important.  If you know certain policies are likely to bring prosperity, you can feel more confident about buying stocks, taking chances with your job, or, if you have a business, you can feel more confident about expanding and taking that business to the next step.

How do distinguish your book from other economic-themed books?

RNPN does something no one else has yet done.  It presents an economic policy-oriented history of our country.  I distinguish all years when economic policies were clearly moving to increase economic freedom from those where we were moving away from such freedom.

What do you mean by economic freedom?

Alternately, when all these things are heading in the opposite direction, we are increasing the power of government, which means individuals have less power, less freedom. I then measure how the economy performed during these alternative sets of policies.

What are your conclusions?

Why should people believe your analysis?

I can understand people being skeptical of economic studies.  We should always be skeptical of any analysis.  There are many studies that are either badly done or outright dishonest.

As for my analysis, the first thing to consider is my clients.  They pay me for telling them where the economy is heading.  When I do research, I’m not trying to confirm something I believe, I’m looking for what works and what doesn’t work, so I can provide my clients with useful forecasts.

Second, I deliberately keep my analysis straightforward.  I don’t use advanced statistical methods that no one but other economists might be able to understand.  All the data I use are publicly available.  Anyone can reproduce the numbers in my book.

So what’s your economic forecast for the near future?

President Trump has excellent instincts about economic policies.  He’s moved policies in the direction of economic freedom.  The 2 most important changes have been in terms of regulations and the rule of law.

I estimate regulations and complying with these regulations cost the economy $2.3 trillion dollars a year, about $20,000 per worker.  I also estimate the President has cut $100 million from this total.  That amounts to roughly $900 a year per worker.

The President’s instincts on healthcare reform and tax cuts are also very good.  This is where big changes could happen that would ignite economic growth and substantially increase living standards.  Unfortunately, the President has not been able to sell his policies either Congress or the public.

Why is the President having trouble getting his big policies through?

There are several reasons.  The President is not a politician or an ideologue.  He has a difficult time explaining why certain policies should be adopted.  Let’s take healthcare as an example.

We spend 70% to 80% more on healthcare than we would if we had a free market in healthcare.  This suggests we waste $22,000 per worker each year because of our inefficient system.  The President could go directly to the public and provide them with examples of comparable prices for healthcare when markets are free and compare them to our current situation.  Saying we’re going to have “great” healthcare, fails to communicate important details about what’s at stake.