Whoopi vs. Pirro Proves “The View” Fails At Politics And Entertainment 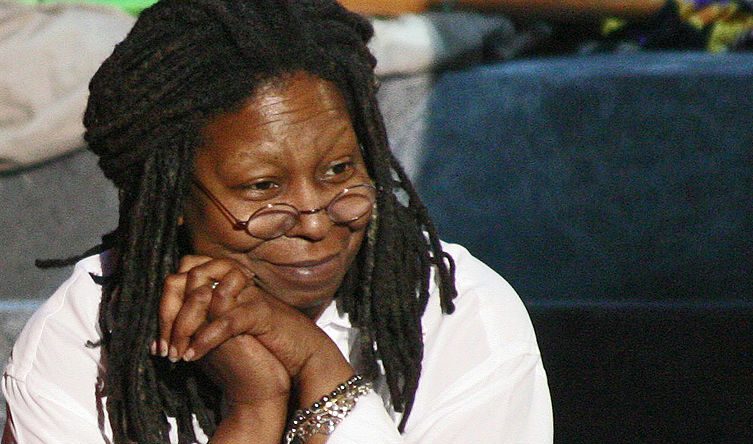 Like any good Southerner, I was raised on a healthy diet of televised violence. I developed a tough stomach, since the most spectacular brawls occurred during football rivalry games on Thanksgiving Day, when in the name of celebrating family, we piled on couches with stuffed bellies and watched fine athletes beat the snot out of each other.

I’ve become classier in my college years, and thrive on the Mission Impossible and James Bond franchises, where people beat each other to a pulp while wearing suits and Rolexes rather than shoulder pads and red rubber mouthguards.

But the least entertaining violence I’ve seen on TV was the yelling match between Whoopi Goldberg and Jeanine Pirro.

I didn’t enjoy the view.

The View manages to fail not only as political commentary, but also as entertainment. This catfight was only the latest example of Goldberg’s particular brand of “cool,” which she claims to rarely lose, and apologizes for letting slip in front of Pirro.

While I appreciate the apology, it’s hard to take Goldberg seriously. If this yelling match with Pirro is the sole example of Whoopi losing her cool, let’s take a look at what Whoopi keeping that cool looks like.

“Cool” apparently includes accusing President Trump of talking “a pile of dog mess” while sitting on the same couch as the leader of the free world. “Cool” includes yelling profanities at and walking out on Bill O’Reilly.

The View doesn’t even stand out in today’s television schedule. Liberals have yelling matches, sure, but so do conservatives, and sometimes both groups get together and yell at each other at the same time. This last variation is called having a “balanced discussion.”

In a world where catfights make good television, accusations of hysteria are hardly insulting. Even statistics, yelled at a high enough pitch, make the screamer look demented. Goldberg throws the flimsiest of covers over this naked aggression, acknowledging she said “a few choice words I cannot repeat on air” to Pirro while we all watched the commercial break.

There are topics worth yelling about today, and we don’t need to be afraid to do it. Whoopi and Pirro almost got to some real problems – racism, immigration, hate crimes – before they mentioned Trump, exploded, and went about tapping concealer on their self-images.

My Millennial generation specializes in self-promotion. We’ve curated Instagram feeds, choreographed poses, and timed posts down to the minute to hit the most likes.

We know the critical shades of differences between “trendy,” “cliche,” and “cool” – and we can spot a fake a mile away.

Goldberg attempts to sell a product she cannot deliver: integrity. Instead, The View, and almost every other show, sells anything ranging from drama to violence and every shade in between, packaging it as professional.

Goldberg, Pirro, and every other woman around that table lost the opportunity to showcase real relationships and informed opinions, and cheapened themselves by descending into pure drama.

The women on The View sometimes toss around insults or polarazing opinions and affectionately follow up with “you know I love you, girl.” The View attempts to showcase a diverse panel of women whose relationships are strong enough to discuss “hot topics,” say what they really think, cause some friction – and still be friends at the end of the day.

But we never hear what Pirro’s book is really about or what Goldberg thinks we should do about immigration. We don’t hear stories, we don’t hear statistics, and we barely discern what either woman really thinks in the verbal brawl.

All we hear is a cacophony of voices spitting with fury, and all the view offers is gaggle of well-dressed, manicured women pointing fingers at each other.

Give me a gif replaying a perfect tackle, and I’ll watch it loop a dozen times. Show me Ethan Hunt clinging to the side of a plane, and I’ll sit down for the whole movie even though I’ve seen Mission Impossible: Rogue Nation twice already. But six women screaming at each other is only funny the first time.

You know the great thing about a football game? Somebody always wins. On this episode of the The View, everybody lost.