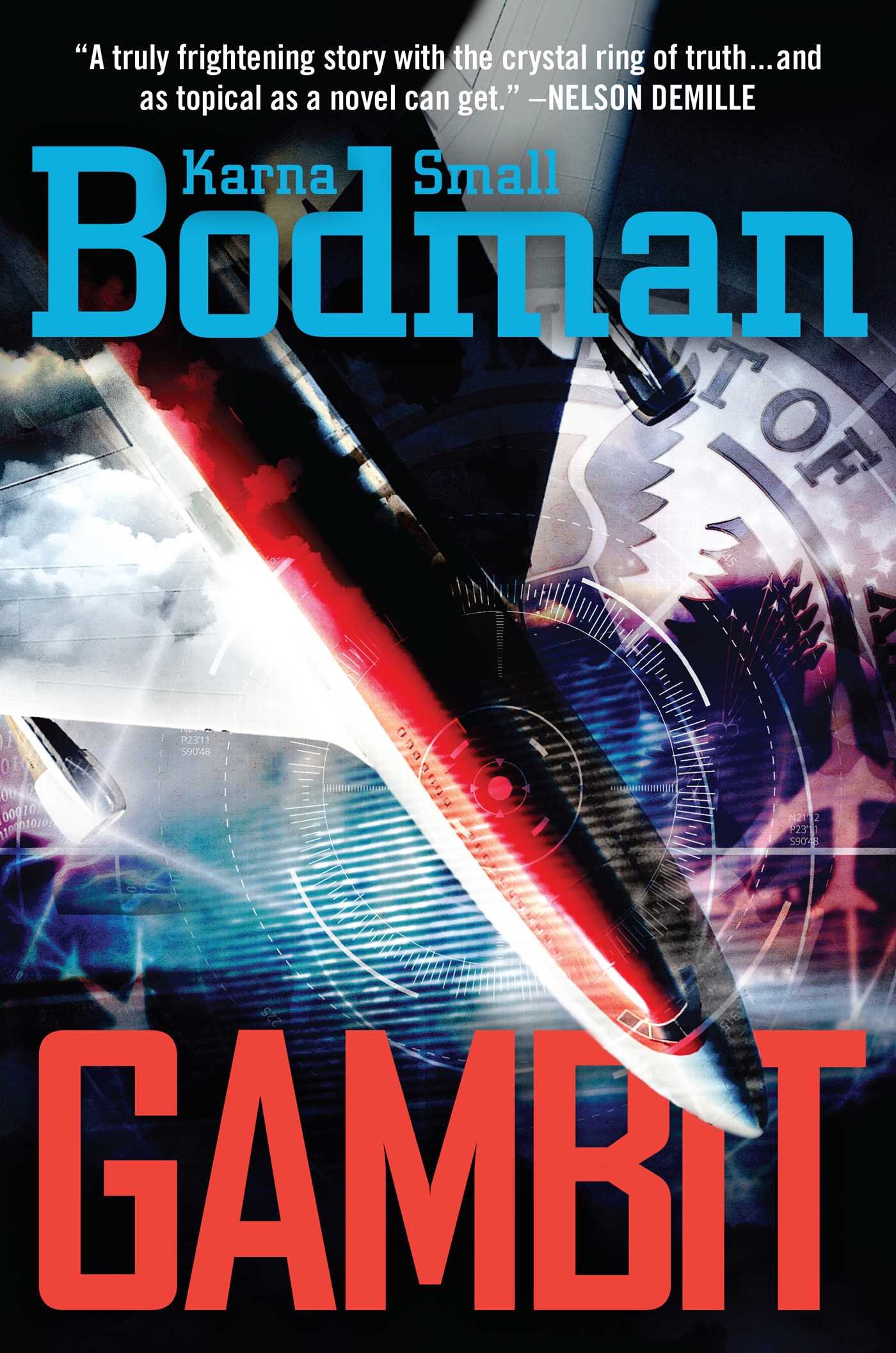 Karna Small Bodman’s first thriller, Checkmate, was praised for its compelling authenticity and page-turning plot. Now Bodman, a former director of the National Security Council, returns with another gripping thriller that reads like tomorrow’s headlines: Gambit!

In Gambit, American planes are being shot out of the sky, and no one knows how or why. Three commercial jets have gone up in flames. In each crash, nobody reported seeing anything in the sky and nothing showed up on the radar. No planes. No missiles.

Dr. Cameron Talbot, a world-famous expert on missile-defense systems, believes that a new stealth technology is being used in these attacks. With the country in a panic and the economy taking a nosedive, the White House orders the beautiful young scientist to protect America’s endangered airways. The assignment places Cammy in mortal jeopardy as she finds herself stalked by nameless assassins.

Who is behind the threat? Islamic jihadists? The big drug cartels? None of the usual suspects have claimed responsibility for the crashes. As Cammy races against time to develop a defense against the mystery weapon, she comes to suspect that the downed planes are only the opening gambit in an ambitious campaign of conquest that could change the world’s balance of power forever.