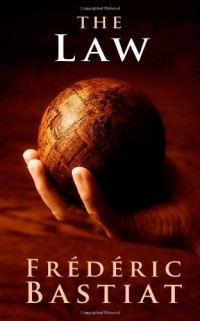 There are some works of literature that become classics because of the timelessness with which they capture truths of human nature. These books strike a chord because they offer a pattern of sound reasoning that resonates with human experience no matter the era. Frederic Bastiat’s The Law is a textbook example of such a work. It is a powerful pamphlet published in 1850 by a French economist who had seen the struggles and upheavals of government following the French Revolution.

Bastiat’s essay explores a series of simple questions:  “What is law? What ought it to be? What is its domain?” Questions the American reader might answer any number of ways depending on their background. One’s mind might jump to government agencies, to the police force, or to the court system. Bastiat’s answer is simple but surprising. He defines law as “the collective organization of the individual right to lawful defense.”

Bastiat begins by establishing that the law exists because of the prior existence of the personality, liberty, and property of every man. Just as every individual has a right to defend these things, men may collectively organize for their common defense. Bastiat posits that the law was made for man; man was not made for the law.

He continues by explaining how the law becomes “perverted” from its natural role of collective defender to a larger and perverted role of plunderer, its expansion motivated by “misconceived philanthropy” and “naked greed.” Bastiat dares to ask what business it is of the law to be running our schools, to be regulating trade, and to be giving money to the poor.

He challenges socialism and its aim of equalizing mankind with acerbic wit and keen observation. His criticisms are not only reserved for the legal system of his place and time, but attack ideas motivated by political thought in centuries past and that still motivate it today.

Bastiat asks the statesmen and theorists what gives them the right to regulate and shape men’s minds through the force of law. He traces this idea of the ascendance of those who make the law over the common man finding it in the writings of Robespierre, Rousseau, and countless others. It is an attitude, Bastiat illustrates, which has been adopted in many different guises and times.

“Law is justice.” This is Bastiat’s mantra and conclusion. His work attempts to illustrate what this means by appealing to the simple argument that the only role of law is to provide for the defense of individuals and that if it touches the property of the individual, no matter the purpose, it has become perverted.

The Law raises many important questions. Bastiat observes in parting that people are happiest whose governments are the least intrusive, leaving the reader to wonder about his own government’s welfare, tax, and education systems. In today’s complex world, this classic challenges the modern mind to question the systems of government we have – are they still advocates for the law, or are they misconceived philanthropies?