The Devil in DC 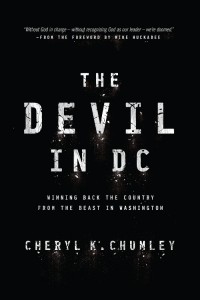 Government intrusion into our private lives is at an all-time high. With the Obergefell v Hodges case unelected judges have made law and overturned the will of the people. Bakers, photographers, and even CEOs are all being told what they can and cannot do. Prayer has been banned from public schools for over fifty years, but now even private restaurants are effectively banned from offering incentives to people who pray. This kind of intrusion by the federal government was never intended by the Founding Fathers and is absolutely outside the bounds granted by the US Constitution.

The Founding Fathers themselves said our nation demanded a moral, educated, and principled populace to keep our elected officials in check and to keep our government and culture clean and free of degrading forces, and to maintain its republic roots. Without this, they warned, our country would crumble. Today we see what happens when unchecked, greedy, self-serving utopian politicians get the free run of Washington, DC. We end up with an overreaching federal government whose policies, while wrapped in philanthropic terms, are designed to control and suppress the masses.

In The Devil in DC veteran journalist Cheryl K. Chumley warns of the progressive-socialist and atheist direction America has taken. In a step-by-step guide on what to do about it, Chumley not only explains the issues at hand but offers solutions to the issues: a crippling welfare and entitlement system that reduces the potential of the citizenry; an education system designed to appeal to the lowest performers rather than help all students rise to a higher standard; a broken immigration system that rewards and encourages illegal immigrants, limits the power of the border states, and makes devalues and endangers US citizens; a Federal Reserve that irresponsibly runs up debt by printing money to artificially prop up our economy (and in turn encourages record-level personal debt); and worst of all career partisan politicians who are more concerned with getting reelected and lining their own pockets than in doing what is right for their constituents.