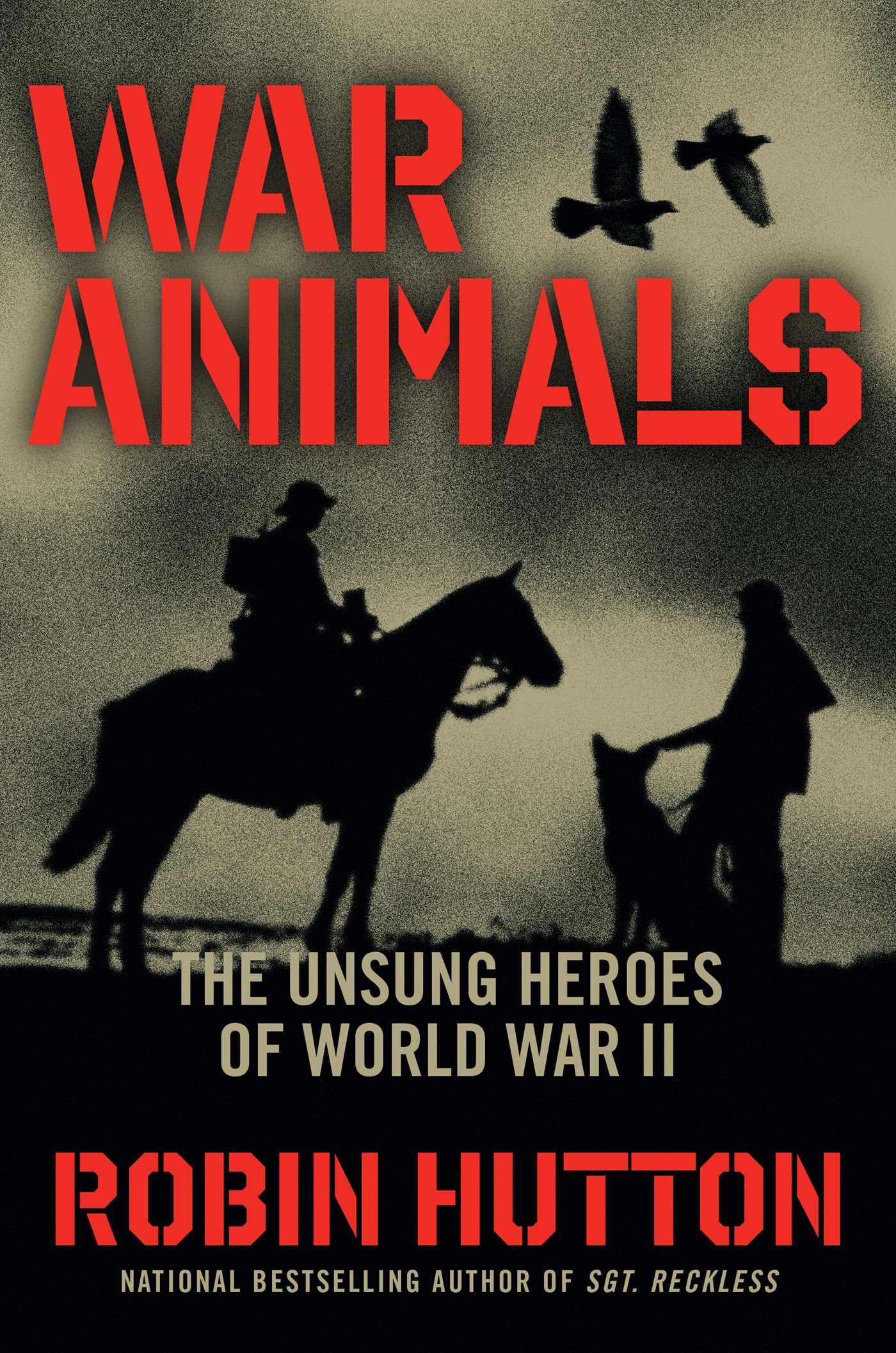 America’s highest military award, the Congressional Medal of Honor, was awarded to four-hundred-forty deserving members of “The Greatest Generation” that served in World War II. But in 1943, before the war was even over, Allied leaders realized they needed another kind of award to recognize a different kind of World War II hero-animal heroes.

Founded in 1943, the prestigious PDSA Dicken Medal is the highest award an animal can achieve for gallantry and bravery in the field of military conflict. It was given to fifty-five animals who served valliantly alongside the members of the Greatest Generation.

In War Animals, national bestselling author Robin Hutton (Sgt. Reckless: America’s War Horse) tells the incredible, inspiring true stories of the fifty-five animal recipients of the PDSA Dicken Medal during WWII and the lesser-known stories of other military animals whose acts of heroism have until now been largely forgotten.

These animal heroes include:

• G.I. Joe, who flew 20 miles in 20 minutes and stopped the planes on the tarmac from bombing a town that had just been taken over by allied forces, saving the lives of over 100 British soldiers

• Winkie, the first Dickin recipient, who saved members of a downed plane when she flew 129 miles with oil clogged wings with an SOS message that helped a rescue team find the crew

• Chips, who served as a sentry dog for the Roosevelt-Churchill conference; Ding, a paradog whose plane was hit by enemy fire on D-Day, ended up in a tree, and once on the ground still saved lives

A heartwarming and sometimes even hilarious history of hero birds, dogs, horses and more, War Animals is a World War II story you’ve never read before.