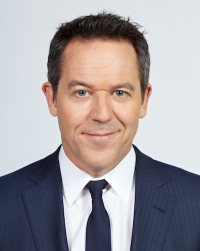 Greg Gutfeld currently serves as host of The Greg Gutfeld Show on FOX News Channel and co-host of The Five. He joined the network in 2007 as a contributor.

Before joining FNC, Gutfeld wrote on the staff of Prevention and was editor-in-chief of Men’s Health magazine. Afterwards, he became editor-in-chief of Stuff, where he increased circulation from 750,000 to 1.2 million and created controversy month after month. He headed Maxim magazine in the U.K. and contributed to the Huffington Post, where he became legendary for his “inspired, lunatic ridicule of his left-wing fellow Huffers.” He’s been published in countless magazines, has appeared in too many profiles to mention, and was only fingerprinted once.

Gutfeld currently writes for his own site, GGutfeld.com and FNC.com, covering news and pop culture of the day from a conservative, libertarian, and humorous slant.

He is the author of seven books, including New York Times Best Sellers (How to be Right, Not Cool, and The Joy of Hate) which have garnered praise from the likes of Dennis Miller, Mike Huckabee, Ann Coulter and Andrew Breitbart. His next book, The Gutfeld Monologues, hits shelves this July!

He graduated from the University of California, Berkeley with a B.A. in English.