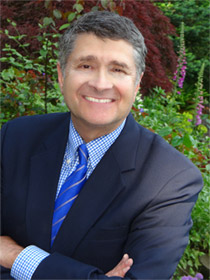 Born in Philadelphia, Michael attended public schools in San Diego and Los Angeles before winning admission to Yale at age 16 as a National Merit Scholar. He majored in American History and graduated with honors, before attending Yale Law School, where his classmates included Bill and Hillary Clinton.

After several years as a campaign speechwriter and political consultant, Michael co-wrote his first bestseller, What Really Happened to the Class of ’65?, with David Wallechinsky.

Michael’s columns on politics and media appear regularly in the Wall Street Journal and USA Today, where he is a member of the Board of Contributors. His work as a film critic, based on short-lived experience as a Hollywood screen writer, featured positions at CNN, Great Britain’s Channel 4 Network, and PBS, where he served as co-host of the popular weekly show Sneak Previews. He was also Chief Film Critic of the New York Post for five years prior to launching his daily radio show in 1996.

Michael has been married for over 30 years to clinical psychologist Dr. Diane Medved, a bestselling author. They live in the Seattle area where they raised their three children.