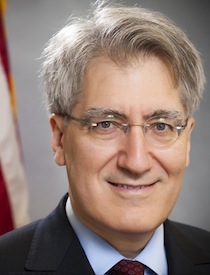 Professor George holds the McCormick Chair in Jurisprudence at Princeton University, and he is the founding director of the James Madison Program in American Ideals and Institutions. He is vice chairman of the United States Commission on International Religious Freedom (USCIRF). He has served on the President’s Council on Bioethics, and as a presidential appointee to the United States Commission on Civil Rights. He has also served on UNESCO’s World Commission on the Ethics of Science and Technology, of which he continues to be a corresponding member.

He is a former Judicial Fellow at the Supreme Court of the United States, where he received the Justice Tom C. Clark Award. He is the author of In Defense of Natural Law, Making Men Moral: Civil Liberties and Public Morality, The Clash of Orthodoxies: Law, Religion and Morality in Crisis, Conscience and Its Enemies: Confronting the Dogmas of Liberal Secularism, and co-author of Embryo: A Defense of Human Life, Body-Self Dualism in Contemporary Ethics and Politics, What is Marriage? Man and Woman: A Defense, and Conjugal Union: What Marriage Is and Why It Matters. His scholarly articles and reviews have appeared in such journals as the Harvard Law Review, the Yale Law Journal, the Columbia Law Review, the American Journal of Jurisprudence, and the Review of Politics.

Professor George is a member of the Council on Foreign Relations, holds many honorary doctorates, and is the recipient of many honors and awards. A graduate of Swarthmore College and Harvard Law School, he also received a master’s degree in theology from Harvard and a doctorate in philosophy of law from Oxford University.