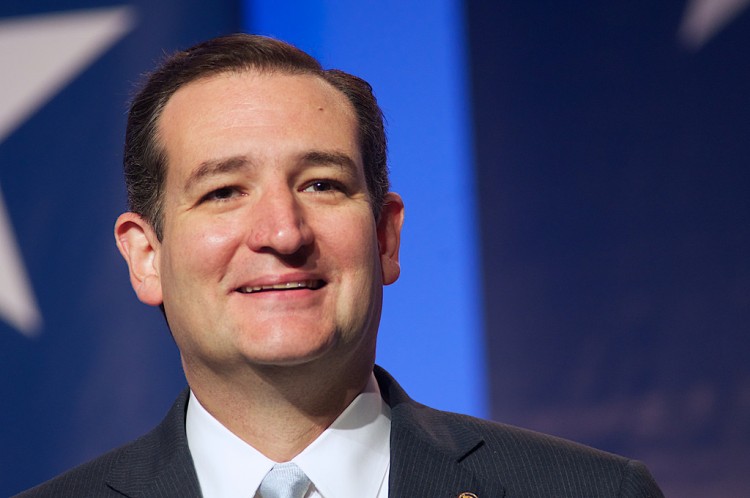 In 2012, Ted Cruz was elected as the 34th U.S. Senator from Texas. A passionate fighter for limited government, economic growth, and the Constitution, Ted won a decisive victory in both the Republican primary and the general election, despite having never before been elected to office. Propelled by tens of thousands of grassroots activists across Texas, Ted’s election has been described by the Washington Post as “the biggest upset of 2012 . . . a true grassroots victory against very long odds.”

From 2004-09, he taught U.S. Supreme Court Litigation as an Adjunct Professor of Law at the University of Texas School of Law.

Prior to becoming Solicitor General, he served as the Director of the Office of Policy Planning at the Federal Trade Commission, as Associate Deputy Attorney General at the U.S. Department of Justice, and as Domestic Policy Advisor on the 2000 Bush-Cheney campaign.

Ted graduated with honors from Princeton University and with high honors from Harvard Law School. He served as a law clerk to Chief Justice William Rehnquist on the U.S. Supreme Court. He was the first Hispanic ever to clerk for the Chief Justice of the United States.