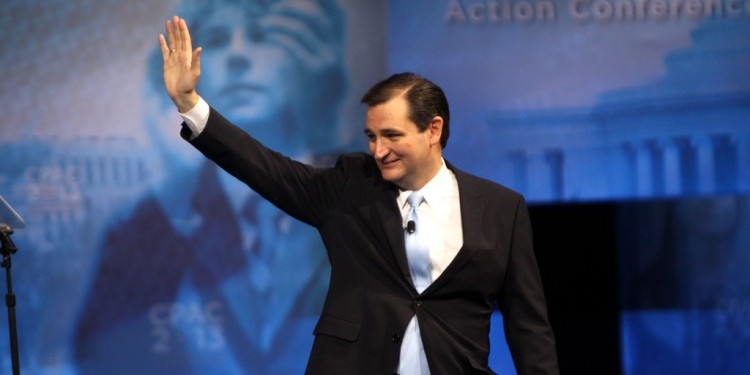 Our exclusive Author Interview with Sen. Ted Cruz (R-TX), who is running for the 2016 Republican presidential nomination.  He raised an impressive $51M in the second quarter of this year.  You’ll never believe what his favorite movie is and where he primarily gets his news from!

Congratulations Sen. Cruz on your new book, A Time for Truth: Reigniting the Miracle of America! Can you give us an overview of your book, and what was your inspiration in writing it?

“A Time for Truth” is partly a celebration of several “truth-tellers” who stood on principle against long odds to fight for what is right.  These stories include a number of people I admire, such as Democratic Senator Kirsten Gillibrand, assassinated Egyptian president Anwar Sadat, and Holocaust survivor Elie Wiesel.

The book also peels back the curtain of the “Washington Cartel” and reveals some of the backroom deals and corruption that characterizes so much of how Washington “works.”  And at times, I incorporate parts of my own life story of a child inspired by the struggles of a Cuban immigrant father and a tough-minded, glass ceiling-breaking mother. 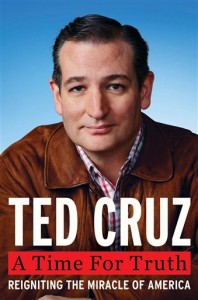 I hope readers will understand and recognize the dysfunction of the “Washington Cartel.”  But I also hope they are inspired to be courageous, stand and fight for principle, and believe that a grassroots uprising to restore our values and defend the Constitution is what’s needed to protect our liberty from an ever-expanding government.

I will never regret standing and fighting against Obamacare.  It is one of the most economically destructive laws Congress has ever passed, and will not stop fighting until every word of Obamacare has been repealed.

I also believe the voters intended to give Republicans a mandate to repeal it by giving them a historic win in 2014.  Unfortunately, Republican leadership did not do what they promised and instead of working to repeal Obamacare, they voted to fund it.

What are the top three reasons why you think you are the right person to be to be the next President of the United States?

First, I’ve spent my life fighting to defend the Constitution — our nation’s founding document and the supreme law of the land — which was crafted by our founding fathers to act as chains to bind the mischief of government and to protect the liberties endowed to us by our Creator.  From religious liberty, to the right to bear arms, to U.S. sovereignty, no one else has done more to try and restore our constitutional principles.

Second, I also have a strong record of fighting for our nation’s values and national security.  I have advocated tirelessly to defend our nation’s servicemen and women, to restore America’s leadership in the world, and to secure our border and streamline our legal immigration system.  Additionally, I have fought to protect life and standing up for marriage when it has come under assault from activist judges.

And third, I want to challenge every American to believe again.  The Founding Fathers set the framework that has led to most innovative, creative and prosperous society in history.  But we have been drifting from that framework.  America is great when people believe they can and have the freedom to succeed.  I want to reignite the promise of America for everyone to pursue their dream.

Many people know of Sen. Cruz – the political figure, but our members would love to get to know a more personal side of Ted Cruz.