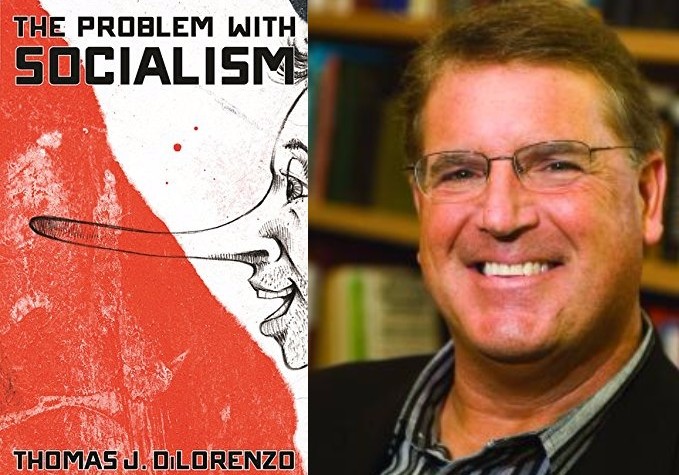 Congratulations Tom DiLorenzo on your new book, The Problem with Socialism!  As the DNC Convention kicks off this week, what a fantastic time to remind people why there are some problems with socialism.  Give us an overview of your book.

The target audience is the millennial generation (and their parents), so many of whom have expressed support for socialism, of all things, with hundreds of thousands of them becoming Bernie Sanders supporters.  This is a shocking development, a quarter of a century after the spectacular worldwide collapse of socialism.  It is the consequence of several decades of extreme political correctness in our educational system where conservatives who might have educated our young people about the reality of socialism have been so effectively censored.

So I’ve written what I believe is a straightforward, easy-to-understand book with sixteen short chapters that explain why “millennials” should not want socialism in their future.  Some of the topics include why socialism makes inequality in society worse; the evils of the bureaucratization of society; the brutal death toll of socialism in the twentieth century; the myth of “successful” Scandinavian socialism; how fascism was a form of socialism; why socialism is far worse for the environment than capitalism; how welfare harms the poor; the destructiveness of the “progressive” income tax; and the second plank of the ten planks in The Communist Manifesto.

So what is the “problem” with socialism? 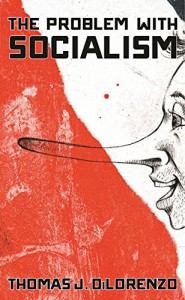 Where to begin?!  A big problem is that a Pew Foundation poll recently found that 69% of voters under the age of 30 said that they would vote for a socialist for president.

The main problems with socialism is that it will destroy your economic future – and your children’s future; it creates an unjust society where a small political elite enriches itself by imposing a regime of equality of poverty and misery on most everyone else; it has been associated with the worst crimes in human history, as documented in The Black Book of Communism, among other places

The socialist welfare state also harms the poor by destroying their work incentives, crowding out private charities, and causing family break-ups where fathers are replaced by government checks; and it destroys personal freedoms by using governmental force in pursuit of “equality.”  That’s just for starters.

You discuss in your book that politicians, like Bernie Sanders, use Scandinavian socialist political systems as the standard-bearer for ideal socialist societies.  Why is Bernie Sanders wrong?

One of the chapters of my book is entitled “The Myth of ‘Successful Scandinavian Socialism and addresses this question.  The reality is very different from the rhetoric of Bernie Sanders and his political clone Hillary Clinton.

Sweden, for example, was one of the wealthiest countries in the world in the late 19th and early 20th centuries thanks to its large degree of economic freedom and a culture of entrepreneurship and capitalism.  It produced many great inventors and entrepreneurs such as Alfred Nobel, the inventor of dynamite, the people who created Volvo and Saab automobiles, and much more.  Sweden enjoyed the highest per-capita income growth in the world from 1870 to 1950.

But Swedish politicians began experimenting with fascism in the 1930s and then socialism, with the nationalization of many industries, a large welfare state, super-progressive income taxation, and onerous regulation and regimentation of private industry.  Sweden began “eating up” its accumulated capital, created by previous generations of capitalists, so much so that according to the Swedish Economic Association, Sweden did not create a single net new job from 1950 to 2005.

Because of this economic destruction the government resorted to printing massive amounts of money in an attempt to bail itself out, resulting in 500% interest rates. That in turn led to a Thatcher-like revolt that reduced marginal tax rates, privatized many industries, deregulated bank lending, retail, telecommunications, and airlines, and imposed deep spending cuts.  But fifty years of Swedish socialism is hard to recover from: the Swedes still have a per-capita income level that is lower than in Mississippi, our lowest-income state.

So the reality is the opposite of the story told by Bernie Sanders.  It is very telling that when he was recently interviewed by a Latin American journalist from Univision and asked about the economic implosion in “democratic socialist” Venezuela and Argentina he had nothing to say – for the first time in his adult life!

Are you concerned that nine out of ten Millennials who identify as Democrats overwhelmingly supported Bernie Sanders over Hillary Clinton throughout the Democratic presidential primary?  What can conservatives do to help educate them? 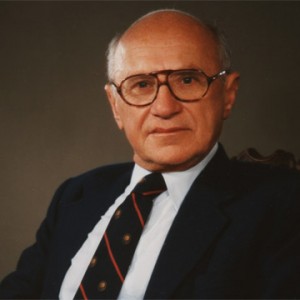 I consider Hillary Clinton to be just as much a socialist a Bernie Sanders is.  The only difference is that she doesn’t use the “S” word.  When Chris Mathews asked her recently what the difference was between a Democrat and a socialist she refused to answer the question.  This leads many to believe that she must think there is no difference.  She and Bernie are ideological soul mates.  After all, she is the author of the failed “Hillarycare,” an attempt to impose Soviet-style central planning on the entire health care sector.

I’m convinced that the vast majority of the millennials who say they support socialism have no idea what it is, and are simply seduced by political demagogues who offer them free stuff.  But when I point out to my students that I do not work for free, and neither does my doctor, so that education and healthcare could not possibly be “free,” they react a bit shocked since no one has ever pointed out to them before that there is no such thing as a free lunch, as the saying goes.

Some of them become resentful or angry that politicians like Sanders tried to make fools of them.  This makes me optimistic that if I put in the hands of conservative college students a book like this, they can use the intellectual ammunition in the book to persuade their classmates that freedom and not socialism should be the wave of their future.  It’s not hard to sell young people on freedom.

What books, authors, or conservative-themed book influenced your political philosophy and outlook on life?

I was an economics major in college and my first major influence was Milton Friedman.  I was very impressed by a book of his collected Newsweek columns from the 1970s entitled “An Economist’s Protest.”  I loved his clear writing and logical thought, and decided that I wanted to be able do what he was doing.

I also discovered The Freeman, the magazine published by the Foundation for Economic Education, and that introduced me to many of the best-known conservative economic and political writers of the time.  I became interested in the ideas of Ludwig von Mises, F.A. Hayek, James Buchanan and Gordon Tullock of the “public choice school.”  They were both graduate school professors of mine.  Anyone with this kind of educational background is bound to be a conservative or a libertarian.

I was also influence by “Old Right” writers such as Frank Meyer, Frank Chodorov, John T. Flynn, and H.L. Mencken.  I’ve also been a student of the Jeffersonian tradition of the American founding, reading the writings of Jefferson himself and his intellectual heirs such as John C. Calhoun whose 1850 book, A Disquisition on Government, is one of my favorites.