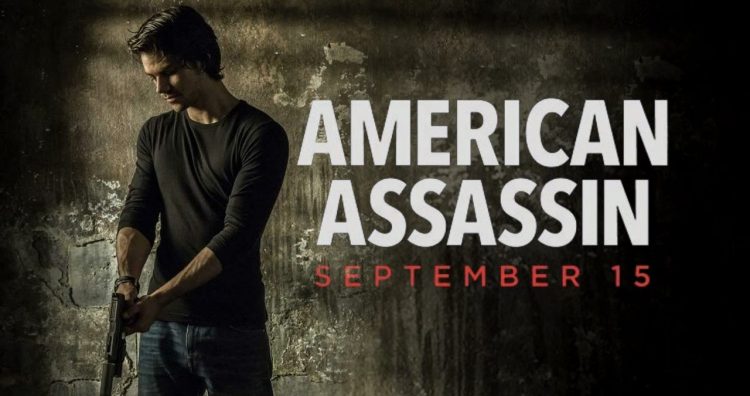 One of the perpetual pitfalls of taking well-loved books and handing them over to Hollywood is that producers tend to strip them of heart and soul before putting the empty creative husk onscreen. Stephen King felt the pain of that experience earlier this summer with The Dark Tower, and now Vince Flynn is surely rolling in his grave thanks to the movie adaptation of American Assassin.

Perhaps the biggest problem studios face with a film like American Assassin is that while it has a ready-made fanbase willing to hand over cash — Flynn is a New York Times bestselling author — moviegoers have seen countless iterations of “rebellious CIA agent wonders if America is the ‘real’ bad guy” in recent years. There are two options for making money on such a venture: executives can hire an all-star cast with a top-tier director, or they can cut corners on a film that will probably break even despite bad reviews.

CBS Films went with the latter option by spending $33 million on a respectable but cheap cast. Audiences may feel as though they were handed Dylan O’Brien, Michael Keaton and director Michael Cuesta (Homeland, TV series) when producers secretly dreamed of Jason Momoa, George Clooney and Doug Liman (The Bourne Identity), respectively.

The plot to American Assassin is incredibly simple: O’Brien plays a young version of everyday man Mitch Rapp, whose girlfriend was killed during a terror attack moments after he proposed. He becomes obsessed with hunting down her killers and winds up on the CIA’s radar, which then feeds him into a program run by grizzled black-ops expert Stan Hurley (Keaton).

Rapp’s first assignment leads him down a rabbit hole of nuclear proliferation that ends with a rogue agent once trained by — you guessed it — Hurley.

“I trusted you,” the film’s villain, “Ghost” (Taylor Kitsch) says during an interrogation of his old boss. “You made me feel like I was the Second Coming. You acted like my father. I trusted you and I trusted the United States Navy. U.S. of A does it, it’s gotta be good, right Stan? Except nobody told me the business you were in. You create monsters. That’s just what you do. Those people who did this to me? You think they’re barbarians. Bull—t. There’s not a single thing happening here that you didn’t make happen. God bless f—ing America, huh Stan? Hoorah! Hoorah!”

The film’s shortcoming isn’t so much in its acting as it is with the script by Stephen Schiff, Michael Finch, Edward Zwick, and Marshall Herskovitz. Words come out of the actors’ mouths, but everything (except the anti-American screed) feels like a “paint-by-numbers” spy thriller. Mitch Rapp never seems to know what he’s supposed to be fighting for, and neither does the audience. The only conclusion is that “Ghost” is delivering the key message when he says, “You create monsters. That’s just what you do.”

Keaton’s character eventually has an epiphany about not treating others like pawns on a global chessboard, which saves U.S. Sixth Fleet from nuclear armageddon, but even that only shines through because of his acting chops.

In short, movie junkies would be much better off watching an old DVD of The Bourne Identity (2002) for their espionage-thriller fix. Hard-core Michael Keaton fans would do themselves a favor by checking out his recent work in The Founder or Spider-Man: Homecoming instead of American Assassin.