Should We Celebrate Columbus Day or Indigenous Peoples Day? 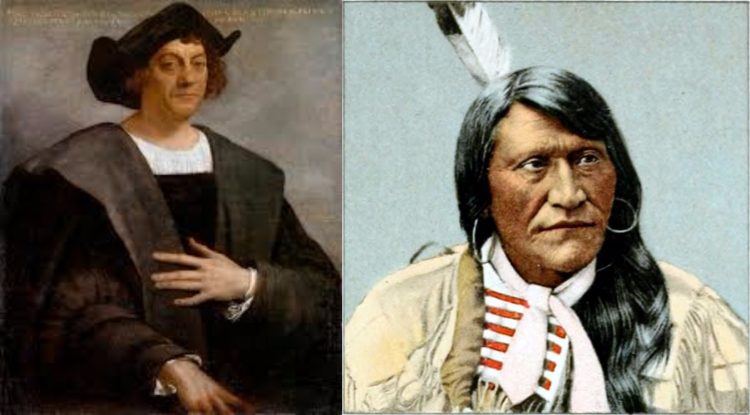 It feels like every year when we approach the annual Columbus Day holiday, the revisionist Politically Correct brigade likes to obfuscate or erase history, rather than teach it.  Like the recent national Confederate monument controversy, it’s once again important to remind us all why we celebrate a holiday, like Columbus Day, in the first place.

Everyone knows the story of Columbus setting sail in the year 1492 in search of a western trade sea route to India, and instead discovers the New World.  They did this with many fearing that they’d sail off the ends of the earth, or what was known as the Flat Earth theory.

Columbus sailed four times between the years of 1492-1502 and helped establish and document routes to the Americas, and began the enduring relationship between the world’s most influential landmasses in modern history.  It was because of his discovery that emboldened explorers from Europe and around the world to seek out a new life in a new land. 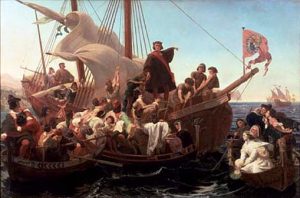 While not the first to discover the Americas (Leif Erickson is credited for discovering North America in the 11th century), it began a period of brave western exploration, colonization, international trade, the spreading of Christianity, and would ultimately lead to the greatest democratic creation in human history.

While Columbus Day was celebrated in the US unofficially all the way back to colonial times, it was not formally recognized as a national holiday until 1937, during the presidency of FDR.  It has since not only become a patriotic American holiday, but also one that is celebrated as a day of pride and heritage by Italian-Americans, as Columbus’ ancestry was Italian.  It should be noted though that he sailed under the banner of Spain, since the Spanish King Ferdinand and Queen Isabella financed his voyages.

It should also be noted that Columbus Day is not just celebrated in America but all around the world as an expression of human flourishing, exploration, and patriotism. Many countries in Latin America also celebrate it as the “Dia de la Raza” – the “Day of the Races,” and in Spain as the “Día de la Hispanidad,” and have erected numerous statues and monuments recognizing Columbus and his spirit of exploration.

Around the time of the 500th anniversary celebration of Columbus’ voyage in 1992, some historians began implicating Columbus in a series of calamities that befell much of the indigenous American populations.  Much of this is chronicled in the controversial and nefarious portrayal of American history in The People’s History of the United States, written by Howard Zinn.  (We strongly encourage you though to read Larry Schweikert’s The Patriot’s History of the United States).

Even the most ardent supporters of Columbus would readily admit that his legacy is mixed.  It’s fair to say that European migration to the Americas brought widespread disease, spearheaded the slave trade, and elicited poor treatment towards the natives, some at the hand of Columbus himself.

In an act of defiance, the Los Angeles City Council recently voted to change Columbus Day to “Indigenous Peoples Day.”  In LA, Chicago, and NYC, statues of Columbus have been covered up or defaced.  Like the confederate monument controversy, this seems like another attempt to erase history, rather than teach it, and teach all sides.

While not excusing any of the negative consequences of Columbus’ arrival to the Americas, like any important figure in human history though, it’s important to remember to not just look back in history through a modern lens, but to also recognize the historical norms at the times.  Without ever excusing the mistreatment of any peoples in history, it’s simply not fair to say that all of Columbus’ accomplishments should be redacted.  Like Thomas Jefferson, Alexander Hamilton, and other important historical figures, we have to assess the bad and the good.

This revisionist history is bad for our society.  Judging all of history through a politically correct lens does a disservice in truly understanding our history as a people, culture, and country.  It should be noted that many of these same people are calling for the end of Thanksgiving as a national holiday as well, also using the modern PC lens of history to judge it.

In the end though, this is just another proxy battle in the war on America’s heritage, between those who believe America has been a force for good versus a force for evil in the world.  There are those who believe our constitution and history is one of only treachery and oppression, and they refuse to acknowledge the overall good America has been in the course of human events, and why America is truly an exceptional nation.

But my solution for now is simple – let’s just celebrate both, but give each their own day of celebration.  One recognizing our Western heritage, and the other, recognizing our Native American ancestry.  We have much to celebrate with both, and school children could learn much from both histories, as long as they are taught in an impartial manner.

My alternative suggestion is to just create a Leif Erickson Day, and celebrate the real individual who discovered North America.  But then again, he was white, and a Viking – not sure if the PC crowd would like this one either.

If you liked this op-ed, you should check out The Politically Incorrect Guide to Western Civilization!