Episode #11: Amy Chua Interview: The Origin of Identity Politics, Political Tribalism, and the Need for American Assimilation to Save America 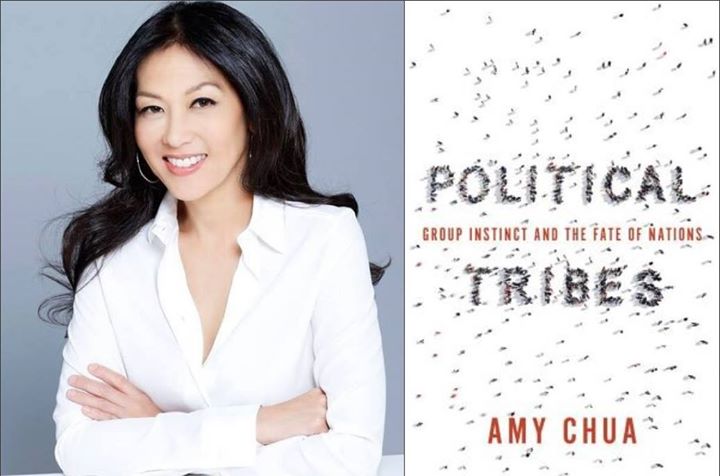 How do we save America from identity politics and political tribalism? Find out by listening to our exclusive podcast interview with Dr. Amy Chua, author of the new bestselling book Political Tribes: Group Instinct and the Fate of Nations. Her book has received numerous high-profile endorsements from everyone including Tom Brokaw, Gen. Stanley McChrystal, and one of her former students and one of our favorite authors here at CBC – J.D. Vance, of Hillbilly Elegy. In our interview, she explains the origins of liberal identity politics, political tribes, and offers solutions on how to revive a sense of shared American identity.

Dr. Chua is a renowned Yale Law School professor and received international notoriety as the “Tiger Mom” after she wrote her controversial book, Battle Hymn of the Tiger Mother. When she’s not writing national bestsellers, she is the John M. Duff, Jr. Professor at Yale Law School, and is a noted expert in the fields of ethnic conflict and globalization. She currently lives in Connecticut with her husband and fellow Yale Law School professor, Jeb Rubenfeld, and they have two thriving daughters.

As the stunning rise of Donald Trump laid bare, identity politics have seized both the American left and right in an especially dangerous, racially inflected way.  In America today, every group feels threatened: whites and blacks, Latinos and Asians, men and women, liberals and conservatives, and so on. There is a pervasive sense of collective persecution and discrimination.  On the left, this has given rise to increasingly radical and exclusionary rhetoric of privilege and cultural appropriation. On the right, it has fueled a disturbing rise in xenophobia and white nationalism.

Dr. Amy Chua argues that America must rediscover a national identity that transcends our political tribes.  Enough false slogans of unity, which are just another form of divisiveness. It is time for a more difficult unity that acknowledges the reality of group differences and fights the deep inequities that divide us.

“There’s trouble on the horizon: identity politics on both the Left and Right threaten to unravel that consensus. Chua’s book is a clarion call, encouraging us to reject the primal pull of identitarianism and return to that most radical of ideas – that Americans share something bigger than race or ethnicity or ideology: common citizenship and purpose.”