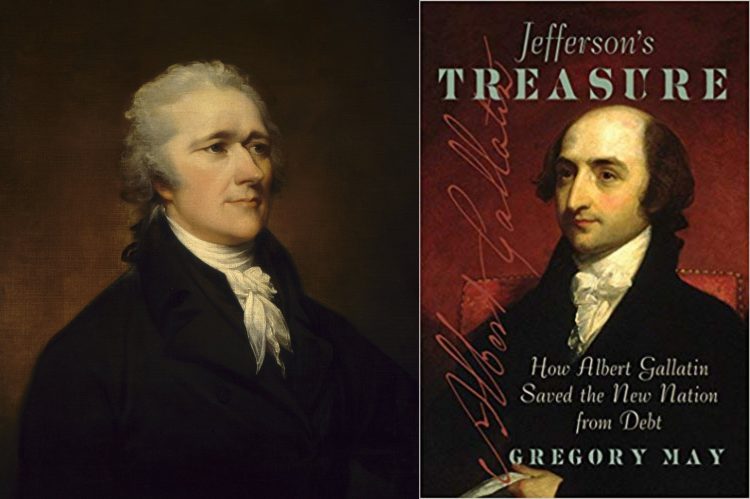 While the Broadway musical “Hamilton” has popularized the notion that Alexander Hamilton and Aaron Burr were archenemies, historian Gregory May claims that Albert Gallatin – Thomas Jefferson’s Secretary of Treasury, should be the real rival in Hamilton’s story.  Author of Jefferson’s Treasure: How Albert Gallatin Saved the New Nation From Debt, May concludes that Gallatin, a lost and underappreciated Founding Father, was the true genius in establishing the American economic system we know today.  Learn why in our exclusive interview with Gregory May!

OUR GUEST AUTHOR – Gregory May

Jefferson’s Treasure is the fascinating story of how Albert Gallatin in his struggle to unwind the protectionist and debt-dependent central banking scheme with which AH had financed the new government of the united states. Hamilton stabilized the American economy and enriched the moneyed class from the coast at the expense of ordinary Americans. Gallatin had faith in free trade and debt-free public finance not only to spread prosperity to all but also to guarantee political liberty. Greg May serves up a solid contribution to the history of the early Republic, and a wealth of wisdom for our times.