Episode #30 – What If Custer Had Survived “Custer’s Last Stand”?: The War on History, Confederate Monuments, and If Custer Would Support Trump Today 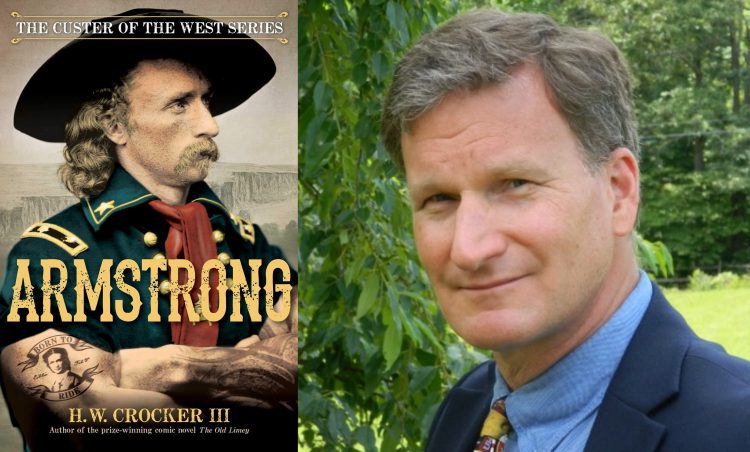 What if Lt. Col. George Armstrong Custer had survived the infamous Battle of Little Big Horn?  Listen to our exclusive author interview with bestselling author H.W. Crocker III as he discusses his new historical fiction book, Armstrong, which is part of The Custer of the West Series; the war on history; and the Confederate monument controversy. Plus, learn whether Custer would support President Trump today!

“Droll satire, this is the West as it might have been if the Sioux hadn’t saved us.”

“If Custer died for our sins, Armstrong resurrects him for our delight. Not just the funniest book ever written about an Indian massacre, but laugh out loud funny, period. The best historical comic adventure since George MacDonald Fraser’s Flashman.”

“Crocker has created a hilarious hero for the ages. Armstrong rides through the Old West setting right the wrongs, and setting wrong the rights, in a very funny cascade of satire, history, and even patriotism.”