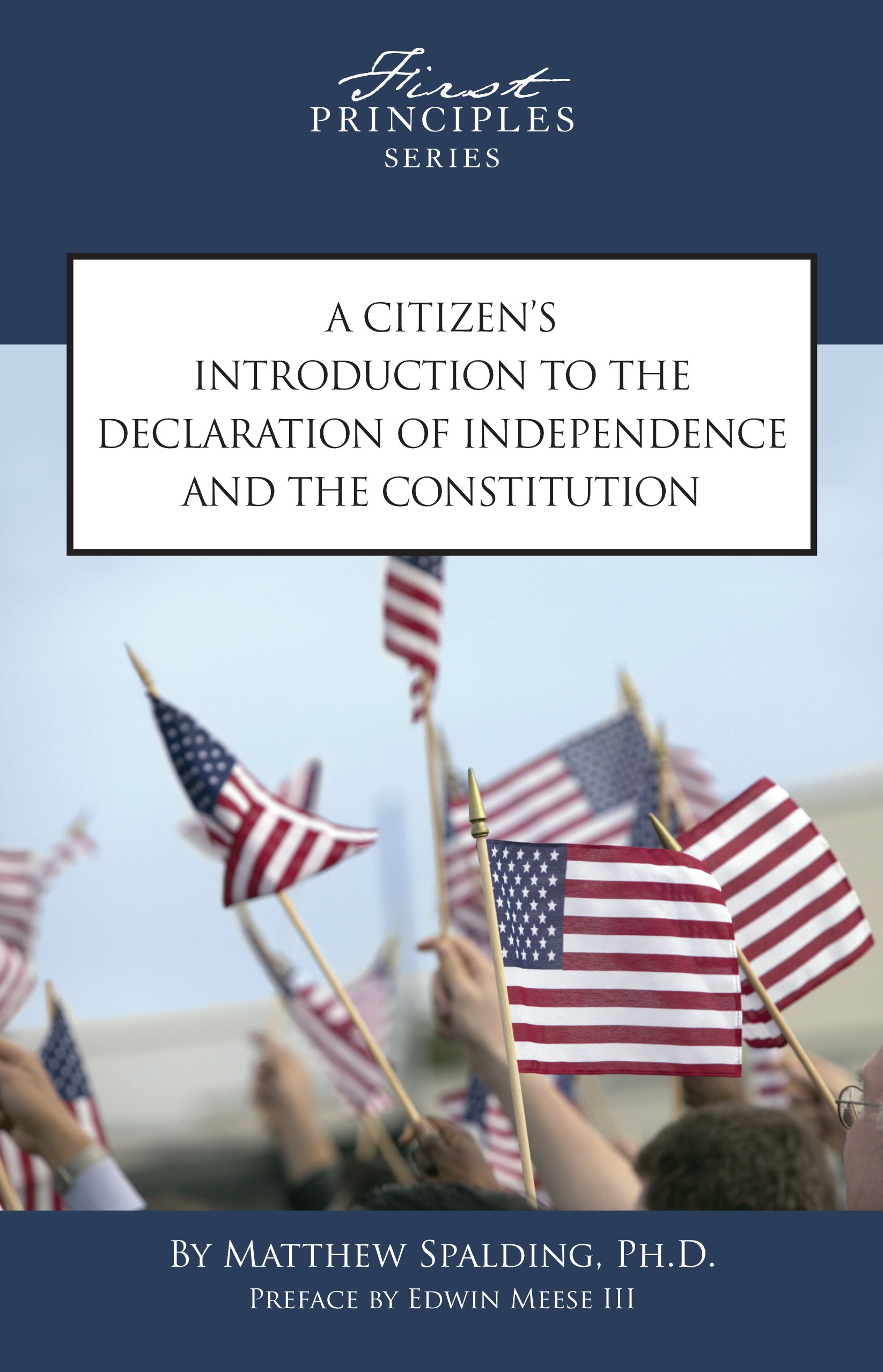 The Declaration of Independence and the United States Constitution are the greatest statements of human liberty ever written. They are the highest achievements of our political tradition, powerful beacons to all who strive for liberty. Taken together, these documents represent the liberating principles that America seeks to conserve for itself and proclaim to the world.

A general agreement on the core principles expressed in the Declaration of Independence and the Constitution—equal rights grounded in a permanent human nature, constitutionalism and the rule of law, republican self government—long formed the underlying consensus of the American political tradition, but is today in doubt.

If we are to restore and preserve America s principles—the truths to which we are dedicated, the common ideas that constitute us as a people—we must first rediscover them, writes Matthew Spalding, director of the B. Kenneth Simon Center for American Studies at The Heritage Foundation. And that demands that we rediscover the Declaration of Independence and the Constitution. Only then can we renew our commitment to them, to the heritage they have given us, and, more importantly, to the noble ideas and grand promises they contain.