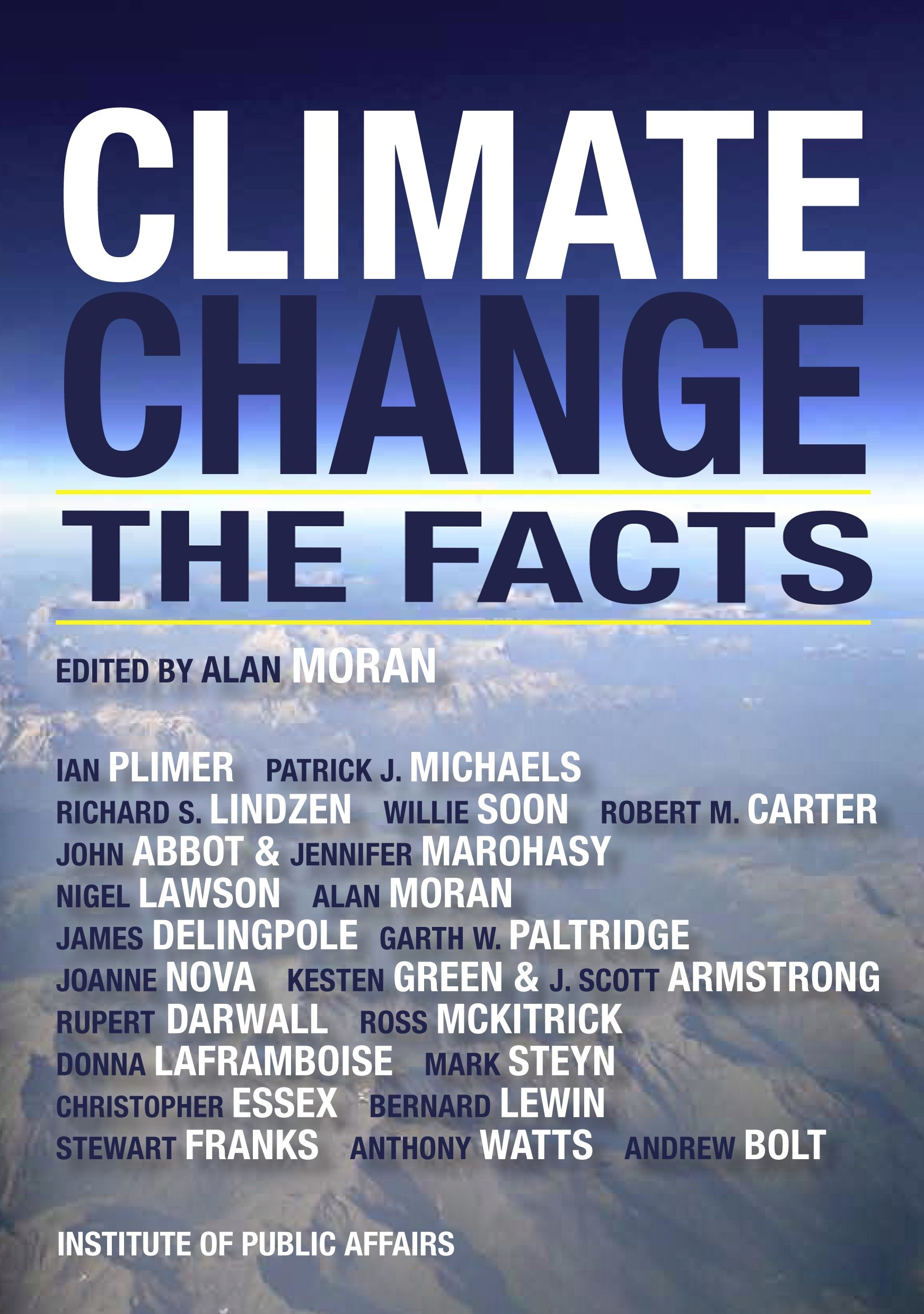 The debate over man-made global warming can often seem like a bubbling cauldron of vitriol, mockery and elitism. You best not let any doubt of the general consensus show, or you too could be burned.. It is that very nastiness, however, that has caused even more skepticism of the facts surrounding global warming that are fed to average Joe citizens from “untouchable” experts. This is why the Institute of Public Affairs compiled a selection of essays and papers by scientists, journalists, and thinkers called, Climate Change: The Facts that gives a voice to those public doubts. The book, as a whole, can be a great comfort to those who are skeptical about the climate change predictions touted in the media. It helps to know that you’re neither  alone nor a foolish “science denier,” as some would assert.

The most interesting aspect of Climate Change: The Facts is that it is not centered around the United States but rather Australia, New Zealand and Great Britain. This might appear an odd strength but these three nations have been at the forefront of the climate change debate far more than the United States. It was believed that Australia and New Zealand would be the first to show the devastating signs of climate change, so their governments took action based on predictions made by climatologists. When the predictions of sustained drought in Australia were washed out in the floods of Australia’s typical rain cycle, voters quickly replaced their Prime Minister with a more conservative and skeptical leader. Great Britain is home of the University of East Anglia where the “Climategate” emails were leaked and is considered one of the top climatology research schools in the world. Thus, the papers written from those who are deep in the trenches of the climate change fight are especially interesting.

The essays vary from the bogglingly scientific works by former MIT Meteorology professor, Richard Lindzen, and scientist Willie Soon, to the beloved snark and witticisms of Mark Steyn, who is currently engaged in a lawsuit against Michael Mann, creator of the “hockey stick” graph. Speaking of that hockey stick, there is a fabulous essay by Professor of Economics Ross McKitrick that breaks the hockey stick apart, and leaves it in splinters, as well as an illuminating piece by James Delingpole about what qualifies as an “expert” in the climate change debate in a world where credentials are appealed to rather than actual arguments.

At times, the slew of essays can become like beating a dead horse (albeit one that has died of heat stroke due to global warming). But that alone should give pause for consideration; if this were truly such an alive and kicking issue, it would seem a handful of essays wouldn’t be able to put such a headstone on it.. At times complex and at others quite simple, Climate Change: The Facts turns much of that vitriol and elitism on its head and renders it ridiculous.
Original CBC review by Marc Fitch.