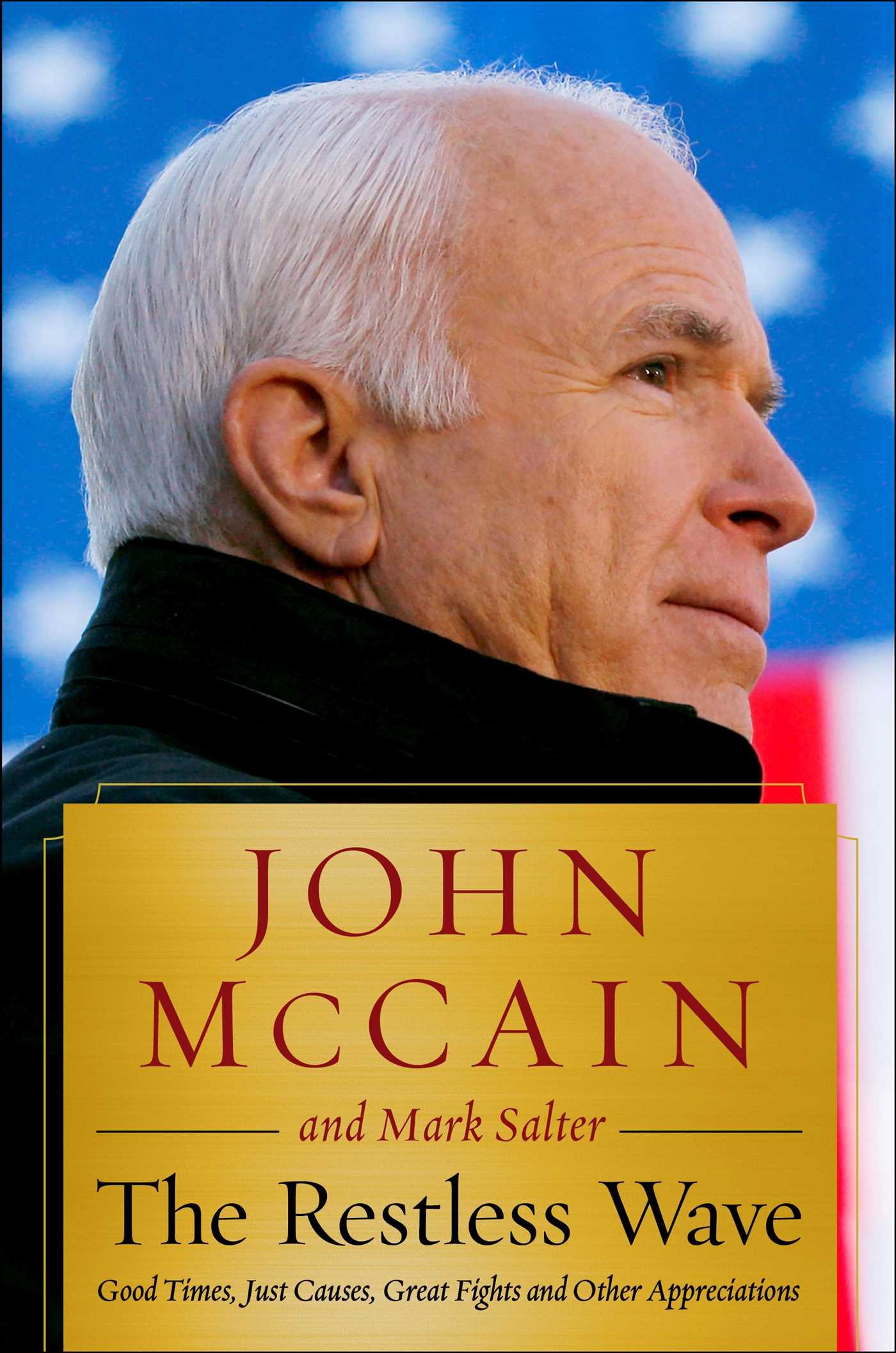 The Restless Wave: Good Times, Just Causes, Great Fights, and Other Appreciations: John McCain reflects on his life in the face of mortal illness.

“I don’t know how much longer I’ll be here. Maybe I’ll have another five years. Maybe, with the advances in oncology, they’ll find new treatments for my cancer that will extend my life. Maybe I’ll be gone before you read this. My predicament is, well, rather unpredictable. But I’m prepared for either contingency, or at least I’m getting prepared. I have some things I’d like to take care of first, some work that needs finishing, and some people I need to see. And I want to talk to my fellow Americans a little more if I may.”

Written while confronting a mortal illness, McCain looks back with appreciation on his years in the Senate, his historic 2008 campaign for the presidency against Barack Obama, and his crusades on behalf of democracy and human rights in Eastern Europe and the Middle East.

Always the fighter, McCain attacks the “spurious nationalism” and political polarization afflicting American policy. He makes an impassioned case for democratic internationalism and bi-partisanship. He tells stories of his most satisfying moments of public service, including his work with another giant of the Senate, Edward M. Kennedy. Senator McCain recalls his disagreements with several presidents, and minces no words in his objections to some of President Trump’s statements and policies. At the same time, he offers a positive vision of America that looks beyond the Trump presidency.

The Restless Wave is John McCain at his best.