The Closing of the Muslim Mind: How Intellectual Suicide Created the Modern Islamist Crisis 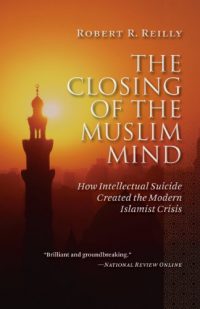 Robert R. Reilly’s eye-opening book masterfully explains the frightening behavior coming out of the Islamic world. Terrorism, he shows, is only one manifestation of the spiritual pathology of Islamism.

Reilly uncovers the root of our contemporary crisis: a pivotal struggle waged within the Muslim world nearly a millennium ago. In a heated battle over the role of reason, the side of irrationality won. The deformed theology that resulted, Reilly reveals, produced the spiritual pathology of Islamism, and a deeply dysfunctional culture.

The Closing of the Muslim Mind solves such puzzles as: