The Trump White House: Changing the Rules of the Game 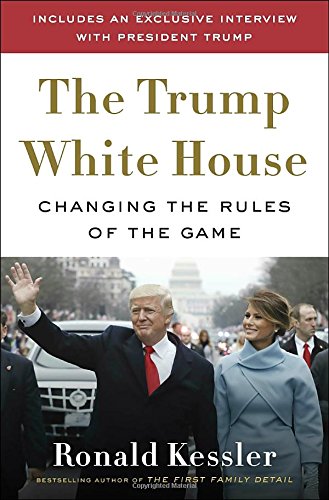 Based on exclusive interviews with the president and his staff, The Trump White House: Changing the Rules of the Game tells the real story of what Donald Trump is like, who influences him, how he makes decisions, what he says about the people around him, and how he operates when the television lights go off, while portraying the inside story of the successes that have already brought solid results as well as the stumbles that have turned off even longtime supporters and undercut his agenda.

Never before has an American president had so much impact on the country and the world in so short a time as Donald Trump. Yet no president has stirred so much controversy, dominating media coverage and conversation both pro and con.

At the same time, ISIS was nearly defeated, Arab countries banded together to stop financing terrorists and promoting radical Islamic ideology, and Trump’s decision to send missiles into Syria because of its use of chemical weapons and his strident warnings to North Korean leader Kim Jong-un made it clear to adversaries that they take on the United States at their peril.

Yet for all the media coverage, Trump remains a cipher. Ronald Kessler has known Trump and First Lady Melania Trump for two decades and understands him better than any other journalist. The book includes an exclusive interview with Trump, the only interview he says he has given or will give for a book as president. Crammed with media-grabbing revelations. The Trump White House is the unvarnished and unbiased inside story that answers the question: Who is Donald Trump?