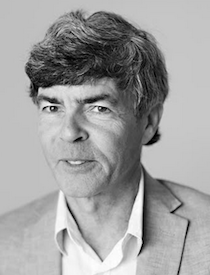 Mark Will-Weber is a seasoned journalist and magazine editor as well as an aficionado of both military and presidential history. Mr. Will-Weber has published a noted historical feature on the Battle of Antietam, and is the great-grandson of Civil War general J. K. Robison, who led the 16th Pennsylvania Cavalry during the campaign leading up to Lee’s surrender. His grandfather, Col. Charles Isiah Faddis, served in three wars (Mexican Border, World War I, and World War II) and served as a United States congressman from 1933 to 1942.

A former senior editor at Runner’s World magazine, Mark Will-Weber has an extensive background in journalism, and has written for publications including the New York Times, the Boston Phoenix, the Allentown Morning Call, Men’s Journal, and Men’s Health.

Mr. Will-Weber is the author of The Running Trivia Book: 1001 Questions from the Springs to the Marathon, Run for the Diamonds: 100 Years of Footracing in Berwick, Pennsylvania, and The Quotable Runner.

He lives with his family in Bethlehem, Pennsylvania.