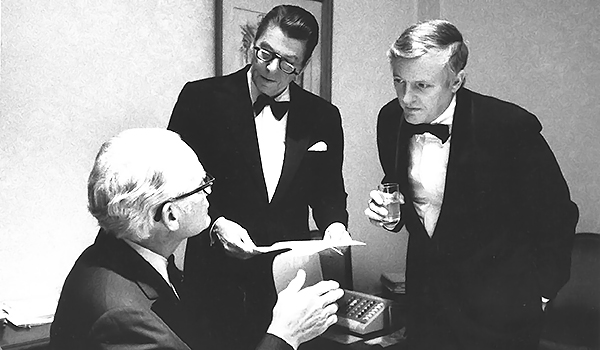 Congratulations Mr. Tucker on your new book!  Why did you decide to write Conservative Heroes: Fourteen Leaders Who Shaped America, from Jefferson to Reagan?

Conservative Heroes is a book about conservatism and conservative leaders. I wrote it primarily for conservatives—especially young conservatives—with the hope that they will sharpen their perception of what conservatism is and enhance their understanding of the historical perspective. The book begins with a definition of conservatism, its five basic tenets, and then moves in chronological order through the lives of fourteen leaders.

Some of these leaders are well known, while others will be hardly known at all to most readers—but all fourteen men contributed significantly to the development of American conservatism. Examining these leaders allows one to bring the foundational principles of conservatism into sharper relief and to see how those principles have been put into action over time.

A prevailing myth asserts that there is no American conservative tradition and that America has always operated under a liberal consensus. But as you argue,
conservatism is “as old as the Republic itself.” Please explain. 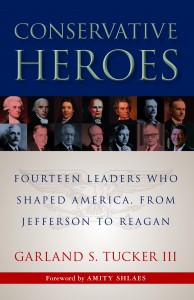 By beginning at the nation’s founding with Jefferson and Madison, I believe the book shows that conservatism is “as old as the Republic itself.” The common thread from Jefferson through Ronald Reagan is a belief in the basic conservative tenets. While each of the fourteen leaders was faced with different circumstances and issues of the day, each held the same conservative philosophy which guided his actions and writings.

Many writers, especially liberal historians and opinion leaders, have attempted to discount America’s thoroughgoing conservative tradition over the years, but Conservative Heroes makes it clear that conservatism has helped shape America from colonial times to the present day.

Second, the primary roles of government are to establish order and preserve liberty. There is a definite tension between these roles, and the conservative would generally advocate the maximum degree of personal liberty, while maintaining the most basic level of order.

Third, government should be limited to the above two roles. There is no third role.

Fourth, property rights and human rights are inseparably bound together. As Paul Johnson noted, all the Founders “derived from John Locke the notion that security of one’s property was intimately linked to one’s freedom.”

Fifth, the social and political life of a community—and a country—depends on private virtues. In the case of America, these virtues are based on the Judeo-Christian tradition.

You contend that the American republic was “founded not to reform human nature but rather to establish the boundaries within which human nature might flourish.” Please explain. What role has religion and our nation’s Judeo-Christian heritage played in guaranteeing American liberty?

The American conservative’s worldview is grounded in the Judeo-Christian tradition. Mankind is a fallen creature, prone to violence, dissolution, and aggression. While the Founders were careful not to establish a “national religion,” the critical philosophical underpinnings of the Republic start with Judeo-Christian concepts.

As Edmund Burke wrote, “But what is liberty without wisdom, and without virtue? It is the greatest of all possible evils.” Conservatives have always believed that virtues flow from a particular culture—a culture based on Judeo-Christian virtues.

Conservative Heroes explores the lives and ideas of 14 champions 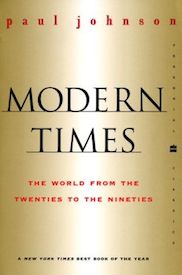 of conservative thought from Thomas Jefferson and James Madison at the American founding to William F. Buckley, Jr., Barry Goldwater, and Ronald Reagan at the triumph of conservatism in the 1980s. What is the common thread that links these 14 men together?

The common thread across more than two centuries is the commitment to the conservative philosophy. Each of these leaders faced different issues in his day, but the basic principles were the same. Reagan said this of himself, but it could be applied to all fourteen: “I never thought of myself as a great man, just a man committed to great ideas.”