Member of the Week: Mollie Hemingway (Sr. Editor, The Federalist) 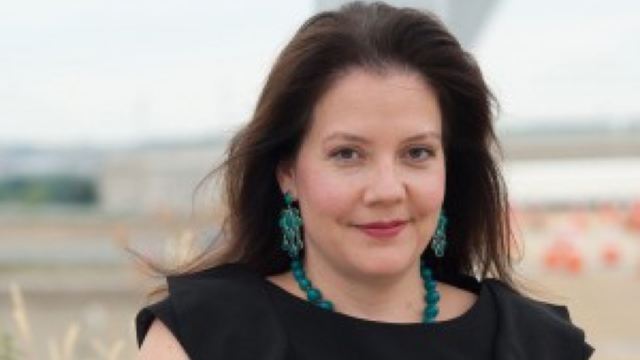 Our CBC Member of the Week is Mollie Hemingway, Senior Editor at The Federalist – one of the fastest growing and influential publications in the country for political and cultural news.  Mollie is one of the most thoughtful and influential journalists writing today. She also has written a chapter in Jonathan Last’s popular “Virtue” series, in both The Seven Deadly Virtues and The Christmas Virtues.

A longtime journalist, her work has appeared in everything from The Wall Street Journal, USA Today, The Guardian, The Washington Post, National Review, GetReligion, Ricochet, and Christianity Today. Last year, she had been one of the leading journalists covering the Planned Parenthood baby organ trafficking story helping to uncover the shameful Planned Parenthood cover up.

Mollie was also a 2004 recipient of a Phillips Foundation Novak Journalism Fellowship, a 2014 Lincoln Fellow at The Claremont Institute, and winner of the Young Conservatives Coalition’s Young Conservative Leadership “Buckley Award” in 2015.

It’s fun and full. We started The Federalist a couple of years ago and it’s taken off as the go-to site for smart discussions of politics, policy, and culture. I read as much news as I can, search for talented writers to tackle difficult subjects, write my own pieces, and discuss the news on TV and radio. And I try to make sure that my primary (and even more rewarding) vocations of wife and mother are not sidelined as I do these things. Unfortunately that means a lot of late nights and lack of sleep. But I love what I do.

I grew up in a home that had two newspapers — The Rocky Mountain News and The Denver Post. I began to notice how the same news could be reported in very different ways. I also noticed how coverage of religion was frequently riddled with errors, and how coverage of abortion was biased in the extreme. I was the editor of my high school yearbook but for some reason thought I wanted to be an economist, not a journalist.

After doing other work for a while, I ended up making a go for it in journalism. I was desperate so my first job was making coffee and answering phones at a Spanish-language trade publication. After a few months, my editor let me write a story about some legislation, and I was hooked.

All of them! I’m a big fan of Friedrich Hayek, Adam Smith, Ludwig von Mises, and the Friedmans. My Christian faith is a major focus, and I have learned a great deal from reading Aquinas, Luther, Herman Sasse, Klemet Preus, Gene Veith and various others. Politically, my dad gave me Whitaker Chambers’ Witness when I was in high school, which was a fairly dramatic introduction to communism in America. I went through the obligatory Ayn Rand phase in my youth as well. Peggy Noonan’s What I Saw At The Revolution ended up being of tremendous importance. I loved when I read it, and dreamed of becoming a speechwriter.

Later, the day I got fired from a job in a career I no longer wanted any part of, Noonan was on The Daily Show. I remembered my younger dreams and was determined to make a go of writing. P.J. O’Rourke, Mary Eberstadt, Christina Hoff Sommers, Amity Shlaes, Camille Paglia, and Jonah Goldberg are all influences. And since life and storytelling have conservative themes, I enjoy biographies and fiction as well, from Sylvia Nasar’s A Beautiful Mind and Jim Bakker’s I Was Wrong, to Fitzgerald, Faulkner and Ferrante. 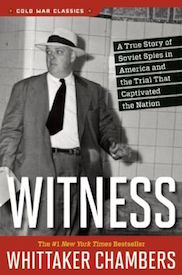 I love seeing what new books are out there and reading them. Suffice to say, the publishing industry doesn’t do much to promote conservative books. So the Conservative Book Club is a great resource. It’s easy (and free!) to join and has good book reviews and author interviews, with a nice mix of conservative classics and brand-new releases.

Tags: Member of the Week, Mollie Hemingway, The Federalist