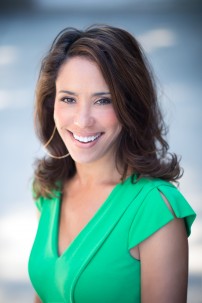 Wright has appeared on several national television and radio shows, including PBS’ To the Contrary, Bill Bennett’s Morning in America, the Geraldo Rivera Radio Show, The Sean Hannity Show, Washington Watch with Roland Martin, BET’s Weekly with Ed Gordon, WVON’s The Cliff Kelly Show, The New School hosted by Charles Ellison on Sirius/XM Satellite Radio. She has written for The Washington Post, The New York Times, Loop 21, Politic365, AP, and The Washington Informer.

Wright was honored to speak at the Conservative Political Action Conference’s 2014 meeting in a featured panel Why Conservatism is Right for Women. She also spoke in 2013 at CPAC’s 40th anniversary in a featured panel The Right View and the REAL Issues with four other distinguished conservative women. In 2012, she was honored to speak about the rise of GOP women in politics to a group of Minnesota Republicans and joined other Republican women at CPAC Colorado in a panel discussion about the False War on Women.

Wright earned a Bachelor of Arts in English from Georgetown University and holds a Masters of Fine Arts in Theatre from Virginia Commonwealth University.