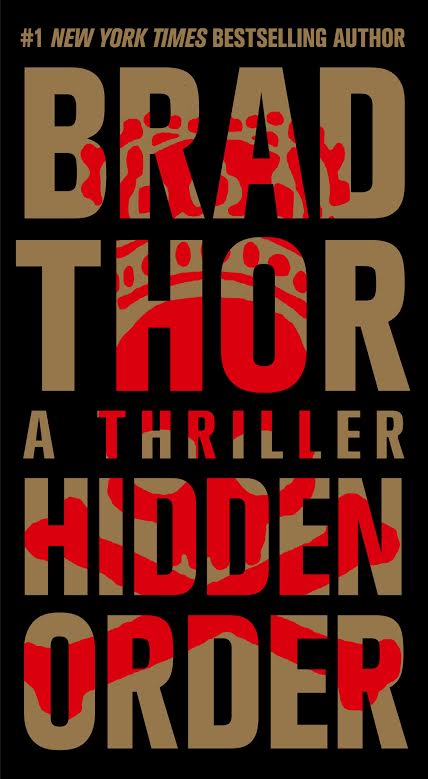 Novelist Brad Thor writes about international and national politics and intrigue with equal ease. He seems to have his fingers on the pulse of world events and those closer to home. This gives his books an authenticity that other stories in this genre do not have. In his latest book, HIDDEN ORDER, the reader is given an inside view of the clandestine world where death is a moment away and political gain is worth any act.

This is another Scot Harvath novel (12th in the series) and once again this former SEAL is ready for action and gets his wish. People are turning up kidnapped and the reason for it is they are on the short list to be selected for a powerful position in DC. Harvath is directed to find these people and stop their executions, something that is easier said than done.

His job takes him to Boston where he works with the Boston Police Department, and specifically Detective Lara Cordero. She is a woman who takes her work just as seriously as Scot does his, and together they are a formidable team. This is a good thing as Boston becomes ground zero in the war against the homeland assassins.

Thor writes in a style that is direct and dramatic. His characters don’t mess around with the niceties of life; they do their job and they do it with cold precision. The assassin(s) do their work brutally and in a way that sends the message they want to impart. Some writers would hold back in such gruesome scenes but Thor jumps right in and lets the words of description fall where they may.

Since this is the twelfth novel in which Harvath plays a major role the readers are looking for some growth in the character and in this book they get it. Thor gives more descriptions to his thoughts, actions and feelings. We even get more emotion out of him than we have had in some time.

Then there is the plot overall. Thor lets his imagination run wild but he also couches his story in situations and circumstances that are totally believable – and chilling. You can take this book and hold it up to the events playing out from our news sources and it is all possible to be occurring right now. Thor has the insight to project events on to his pages that are timely when the book is released.

There are many, many fans out there that have been waiting for the next adventure from Thor and now it is here. It is a book they will savor, and one they will want to share with their friends. Brad Thor’s talent has been on the rise and with HIDDEN ORDER it is at its peak.

The original review was written by Jackie Cooper for the Huffington Post.