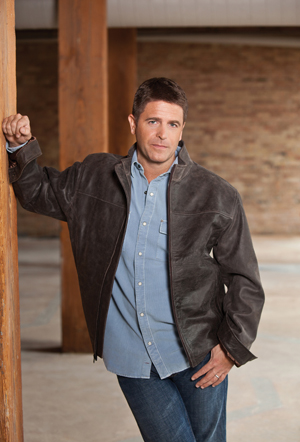 He is also the author of The First Commandment, Takedown, Blowback (recognized as one of the “Top 100 Killer Thrillers of All Time” by NPR), State of the Union, Path of the Assassin, and The Lions of Lucerne.

Brad has hosted the Glenn Beck TV and radio programs, and has appeared on FOX News Channel, CNN, CNN Headline News, MSNBC, ABC, CBS, NBC, and PBS to discuss terrorism, as well as how closely his novels of international intrigue parallel the real threats facing the world today.

Brad has served as a member of the Department of Homeland Security’s Analytic Red Cell Unit, and has lectured to law enforcement organizations on over-the-horizon/future threats. He has been a keynote speaker for the National Tactical Officers Association annual conference, the Young America’s Foundation, and the Ronald Reagan 100 celebration. A supporter of The Heritage Foundation, Brad has spoken at their national headquarters on the need for robust missile defense.

In 2008, Brad shadowed a Black Ops team in Afghanistan to research his thriller, The Apostle.