What Is Conservatism?: A New Edition of the Classic by 12 Leading Conservatives 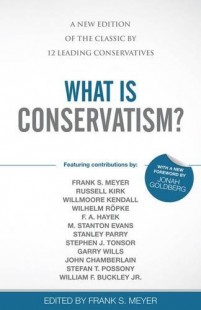 In a foreword to this new edition, bestselling author Jonah Goldberg explains the profound influence of What Is Conservatism? on his own thought and the book’s relevance today.