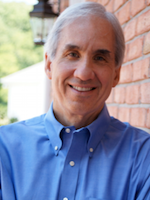 As an expert in law and politics, Mr. Limbaugh has appeared on hundreds of national and local television and radio shows, including FOX News’ Hannity, FOX and Friends, Crossfire, and Your World with Neil Cavuto, CNN’s The Situation Room with Wolf Blitzer, CNBC’s The Kudlow Report, The Blaze TV’s Glenn Beck Program, and CBN’s Newswatch, as well as radio programs including Sean Hannity Show, Mark Levin Show, Laura Ingraham, the Glenn Beck Radio Program, the Mike Gallagher Show, the Michael Medved Show, the Dennis Miller Show and the Dennis Prager Show.

The brother of radio talk-show host Rush Limbaugh, Mr. Limbaugh lives in Cape Girardeau, Missouri, with his wife and children.