CBC Profiled in The Daily Signal 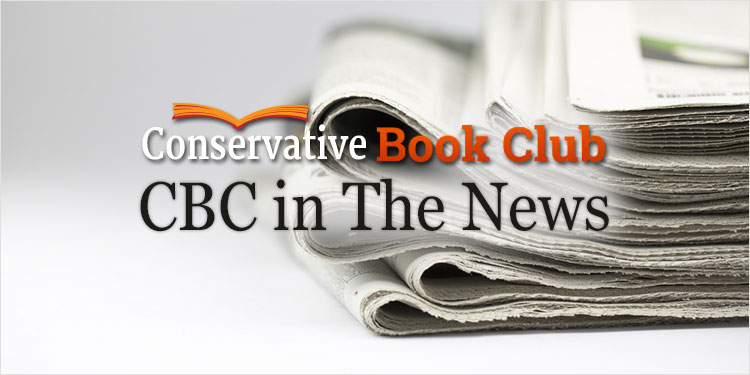 How Publishers (and Readers) Learned to Love Conservative Books

These days The New York Times best-seller list is filled with conservative books by authors such as Bill O’Reilly, Mark Levin, Ann Coulter and Rush Limbaugh. Nearly every mainstream publisher (Random House, HarperCollins, Hachette) has its own conservative imprint. In the last decade, Regnery Publishing, the venerable conservative publisher, has seen 30 of its titles become best-sellers. In short, conservative books sell quite well.

But 50 years ago, mainstream publishers were convinced conservative books were the literary equivalent of the third rail. They accepted the stereotypical image of conservatives as beer-guzzling troglodytes who expressed themselves only in “irritable mental gestures,” as Lionel Trilling once said. Publishers joked that with their limited mental capacity, conservatives rarely bought anything more challenging than a comic book—except perhaps the Bible. It was agreed that any publisher who took a chance on a conservative or anti-communist title was bound to lose money—and lots of it.

In such an intellectually hostile environment, most conservative writers depended upon Regnery, Devin-Adair, the Bookmailer and a few small publishing houses to showcase their work.

A few entrepreneurial authors fought against the liberal publishing cartel by publishing their own work. We have the amazing examples, in the early ‘60s, of Barry Goldwater’s “The Conscience of a Conservative” and Phyllis Schlafly’s “A Choice Not an Echo,” each of which sold more than 3 million copies. Neither book ever made The New York Times best-sellers list because they were self-published and therefore did not count in the eyes of mainstream publishers.

But an alternative was on its way. Neil McCaffrey, a creative publishing executive and steadfast conservative, believed you could break through the publishing wall that excluded conservative authors and ideas by starting a Conservative Book Club that would generate sales through the mail just as the Book of the Month Club did.

Each month, Conservative Book Club would automatically mail a selection to its members unless they declined the book or selected another title from the newsletter. Neil was sure there was a sizeable market for good books on the right. He was proven correct when, in the first 18 months after the Conservative Book Club started in April 1964, the club’s membership topped 30,000. After three years, the Club could point to sales of 15,000-20,000 conservative books a month.

Thus, after the Conservative Book Club’s emergence and, increasingly during the Reagan years, authors on the right were welcomed by mainstream publishers when they proposed a book idea or submitted a manuscript.

Today, the conservative movement is many times larger than it was in 1964, and the appetite for conservative books—and not only on the right—is far greater. Some days there seem to be almost too many new conservative books. How can you keep up with the unceasing wave of new titles and decide which is the book you must have?

Conservative Book Club offers interviews with authors such as Allan Ryskind, author of “Hollywood Traitors,” excerpts from conservative works such as M. Stanton Evans’ magisterial “The Theme Is Freedom,” and a conservative best-sellers list.

At the top of the current list are “American Sniper” by Chris Kyle, Scott McEwen, and Jim DeFelice; “Killing Patton,” by Bill O’Reilly; “Killing Jesus,” also by O’Reilly; and “God, Guns, Grits, and Gravy” by Mike Huckabee. Unlike The New York Times, the Conservative Book Club bestsellers list is based on actual sales-driven data. What strikes us about these books is they represent different strains of the conservative movement, all of which are needed for a governing conservative majority.

“The things I want to know are in books,” Abraham Lincoln wrote, and so he read all his life. We’re confident he would have been a grateful member of the Conservative Book Club.

Lee Edwards is the distinguished fellow in conservative thought at The Heritage Foundation’s B. Kenneth Simon Center for Principles and Politics. A leading historian of American conservatism, Edwards is the author or editor of 20 books, including biographies of Ronald Reagan, Barry Goldwater and Edwin Meese III as well as histories of The Heritage Foundation and the movement as a whole.

Anne Edwards is a longtime editor and author who was the first employee of the original Conservative Book Club.